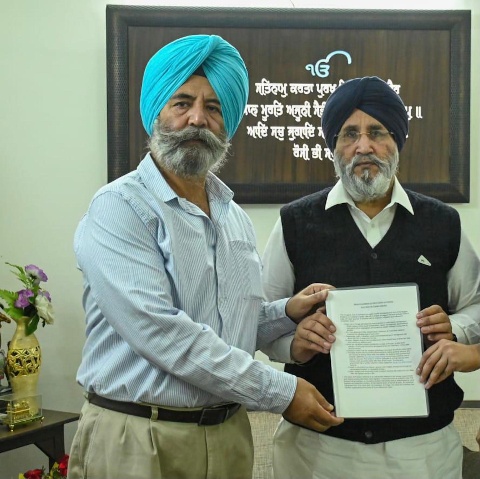 Clean Air Punjab- a citizen’s collective working on air pollution along with EcoSikh in collaboration with over fifty prominent citizen groups from across the state, has submitted a detailed set of recommendations to all political parties ahead of elections on February 14.

The collective held a town hall meeting in October last year. During this session, experts and civil society members brainstormed, discussed and finally developed a detailed set of recommendations to improve air quality throughout the state. These recommendations were turned into- people’s manifesto on how to tackle the air pollution problem in Punjab and have been recently submitted to all the political parties.

“Punjab needs a strong leader who can implement structural reforms and revise policies to improve the air quality of all cities in the State.  Our State wants its leaders to lead by example and present answers to the air pollution crisis, which impacts the health of people,” said Gurpreet Singh.

He added that our generation is being choked by air pollution, which has resulted in a high number of deaths. According to statistics, Punjab had 41,090 deaths in 2019, accounting for roughly 19% of the state’s total mortality.

Indu Aurora, Vice President, the Voice of Amritsar shared that this was for the first time that all political parties competing against each other were discussing air pollution at length.

“We will hold the new administration accountable for their promises,’’ she said adding that she herself is a witness to the deteriorating Air Quality in Punjab and its high time that those who get voted into power should take on the responsibility to ensure that the air we breathe is clean and proper checks are implemented to ensure a cleaner future for the next generation.

“Citizens of Punjab along with citizen groups, air quality experts as well as health practitioners have now been successful in building a momentum, which has now resulted in clean air and its impact on public health becoming a pressing issue for politicians who were earlier oblivious of the air pollution problem. We are now sure that they will not be able to ignore it any further,” said Anju Chabbra, board member of EcoSikh.

According to global estimates, air pollution is one of the most serious environmental issues confronting India today, and it is regarded as a major cause of countless deaths. Punjab has reason to be concerned: the National Clean Air Action Plan lists nine non-attainment or million-plus cities in the province (NCAP). A city that does not fulfil the Union Environment Ministry’s specified air quality requirements is known as a non-attainment city.

Citizens Recommendations during the Town Hall