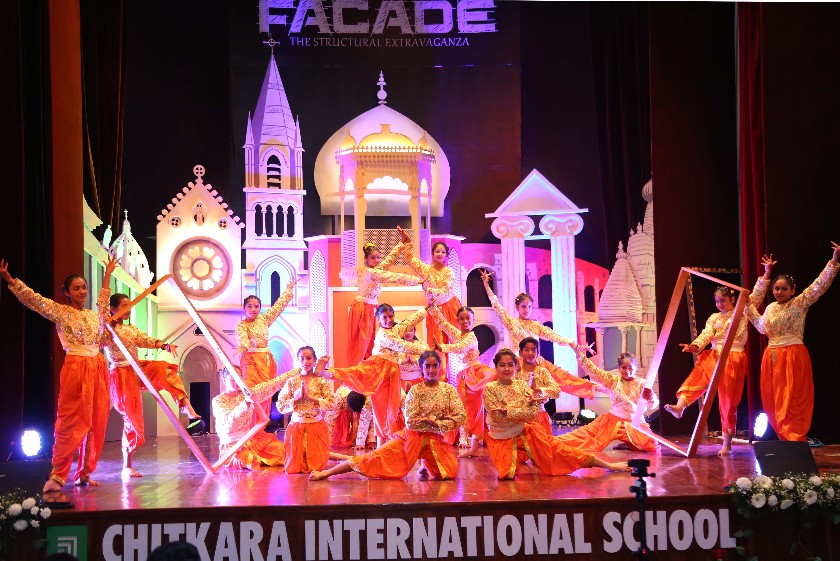 Annual Function of Chitkara International School (CIS) is well recognized for its magnificent enactment and grand endeavour. Every input and effort is put in by the School to attain the finest of performance and reach the sparkling zenith. With sprightly curtain calls, with huge pomp and show, CIS hosted a 6 day long, 8th Annual Function, “Facade- The Structural Extravaganza”, which commenced on 16thDecember 2018 at the school premises amidst great fanfare and gusto.

Each day of the function took a head-start, with the ‘structural footing’, which entertained the audience through rapturous performance. The programme further picked the pace with ‘Casting the Building Block’, analogous to ceremonial lighting of the lamp. In this ceremony, Dr Madhu Chitkara, Chairperson, Chitkara International School, placed the topmost building block to the CIS’s school emblem as the theme was directed towards structural extravaganza. 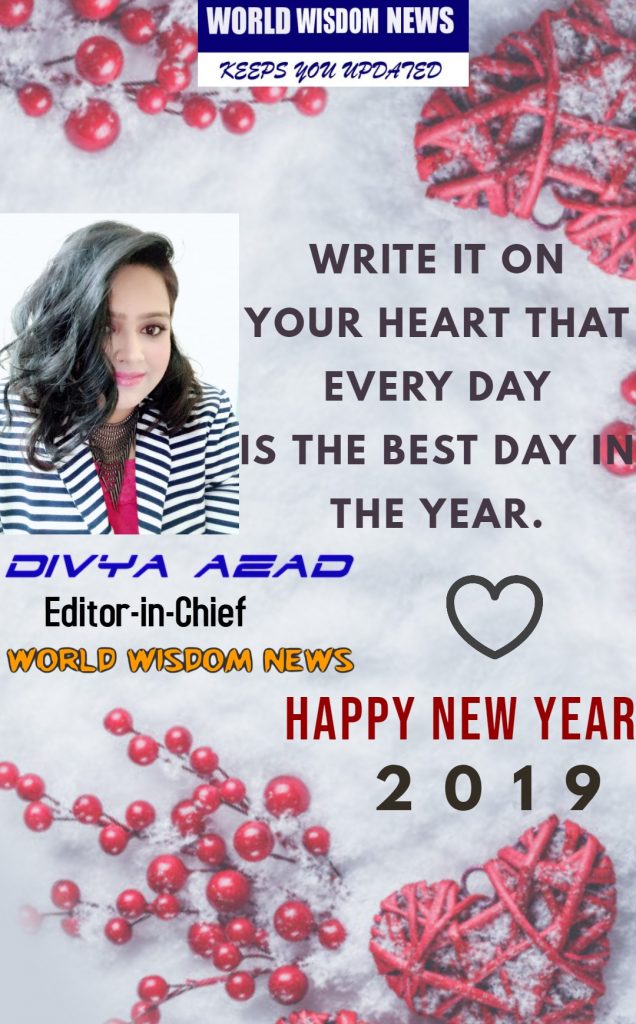 The event revolved around the beautiful interpretation of various eras and the architecture of the same. The school choir followed by Qawali won a huge round of applause from the audience. The students manifested Ancient Egyptian, Roman, Gothic, Renaissance, Mughal, Neo-classical and Modernist period through their spell-binding dance performance. The senior wing students presented an amalgamation of celebrated structures of India comprising Konark temple, Ajanta and Ellora Caves and Sanchi Stupa through a dazzling dance performance.  Apart from this the fillers on a beautiful rendition of the piquant-inferno, “Yampuri” evoked lot of interest from the spectators.

Furthermore, the Annual Report was read out by Ishiqa Sharma, Joint secretary of the school. In her report, Ishiqa highlighted the achievements of the school in all spheres of academics and co-curricular activities followed by the outlook on the International exposure provided to the students. She also listed the awards that the school had received for its infrastructure and other academic and co-curricular activities. Throughout the event, the well researched Power Point Presentation running at the side screens filled the audience with bits of information relevant to the acts of that particular period. The each day’s function concluded with a vote of thanks and warm smiles on everyone’s faces.

Expressing her contentment and take on the significance of the Annual Function, Dr Niyati Chitkara, Principal, Chitkara International School, added. “The annual event is a marvellous platform for every child as it provides the needed spotlight and confidence to the students. It’s an effort to inoculate inspired learning through dance, drama, art and music and thus it acts as learning beyond the classroom. Through this event, the school wishes to showcase and boost the best within every child. The larger than life portrayal of characters, the vibe, the magic and the experience of our Annual Function speaks volumes about the hard work coupled with the teamwork of the faculty and the students.”