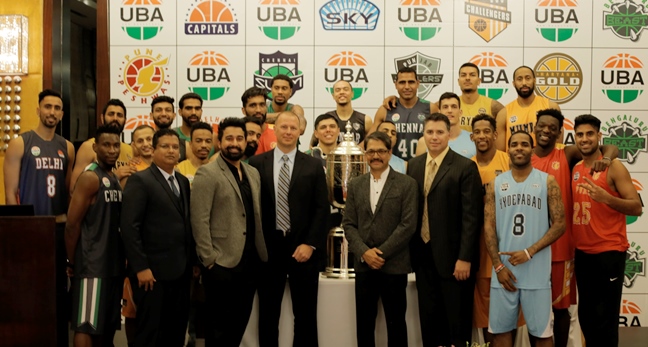 The competitive nature of the UBA Pro Basketball League has proven that every team has an equal chance to win the championship and in the first three seasons, each division has produced a team which has won the coveted title.

For the first time, 10 international professional basketball players from the US will join current UBA players and teams in the quest to claim the court. At least one international American player will be added to each UBA team, creating stronger competition, performance and a unique experience for basketball fans across India. The American players include Ron March, Pierre Newton, Tevin Kelly, Mak Boskailo, De’Sean Mattox, Jimmy Scroggins, Brendan Pineda-Morales and Dermaine Crockrell, Chris Solomon and Alex Scales.

An exclusive design from the UBA, this season will also see specially crafted floor for the players to experience international basketball standards. The high-quality floor imported from the United States is a long-term investment by the UBA and previously featured in the NBA All-Star festivities in Toronto and UBA Season 3 in 2016.

When speaking about season four, CMO of United Basketball Alliance, Michael Yanke said, “We are extremely delighted to be back in India hosting the fourth season of UBA. Chennai holds immense potential to serve as the new basketball hub in India due to the amazing talent and vast fan base here. With the introduction of American players this season, we are confident that fans will come out in huge numbers this season, supporting and cheering on their favourite team.”

Catch all the action LIVE for the 4th Season on the Ten Sports network channels – Ten 1 HD & Ten 3 from 16th February- 16th March 2017 from Chennai and Goa.