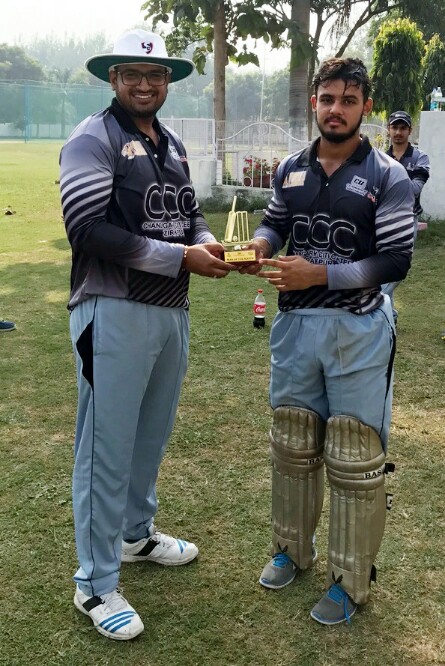 In the first quarter final match played between Chandigarh Police and Metro Motors, after winning the toss, Metro Motors opted to bowl first. Bowlers did a fabulous job and kept batsmen of Chandigarh Police team under control throughout their innings. Ramandeep (29 runs of 31 balls) & Balwinder JR (28 runs of 26 balls) were the only batsmen who managed to score maximum runs. Chandigarh Police put up a total of 126 runs on board.

From Metro Motors, Sunil Mehta was the quickest among bowlers, giving away only 13 runs in three overs and taking three crucial wickets. Chasing the target, Metro Motors were off to a solid start as they scored 66 runs in 11 overs without losing any wicket. Metro Motors team chased the target in 18.4 overs with 6 wickets in hand. Lalit Bindra from Metro Motors was the best batsman scoring a steady 72 runs in 54 balls and helping Metro Motors achieve the target easily.

In the second match played between CCC & Gabriel India, Gabriel India after winning the toss opted to bat first. Both the openers made a quick fire 41 runs in five overs before both got out in quick succession. Mayank from CCC claimed both the wickets and gave CCC a crucial breakthrough. In the end Gabriel could only manage to put up a score of 95 on board after losing all wickets. Shubham (23 runs from 18 balls) & Dheeraj (23 runs from 17 balls) from Gabriel India were the top scorers. Vaibhav (4 – 11 – 4) / Ritesh (2.4-8-3) were the most successful bowlers from CCC side. While chasing, openers from CCC were in real comfort while playing the bowlers of Gabriel. Mayank from CCC made a quick fire 56 runs in 40 balls with 4 fours and 4 sixes and was supported by Vijay who made 26 runs in 15 balls. Chandigarh Citi Center achieved the target in 10.2 overs with 9 wickets in hand.

Teams of L & T Nabha & CII – Yi contested in the third quarter final. After winning the toss, Nabha Power opted to bat first. CII – Yi got an early breakthrough by getting the wicket of Pushpak in the very first over. Nikhil & Robin from Nabha Power were the highest scorers with 55 runs & 24 runs, respectively. Nabha Power in the end managed to score 112 for the loss of nine wickets in their allotted 20 overs. Amit Verma and Ravi proved the most economical bowlers from CII Yi side claiming two wickets each by giving away only 36 runs in 8 overs. CII – Yi, while batting second, got off to a slow start as their captain and opener Saransh Sharma got out in the second over of the innings after scoring only four runs. Ravi Verma joined Manish on the crease and got team to a comfortable position by scoring 26 runs in 18 balls before he got out with a splendid catch from Pushpak. Manish was joined by Sushil. In the end CII – Yi chased the target comfortably in 14.2 overs with Sushil Choudhary scoring a quick fire 49 runs in 32 balls with 6 fours and 2 sixes.

In the last match between Chandigarh Group of Hotels & Royal Pharma XI, CGOH opted to bat first after winning the toss. Abhilash from CGOH made a quick fire 72 runs in 35 balls studded with 7 boundaries and 4 sixes supported by Navreet who made 29 runs in 19 balls. Parmesh Bhatt from Royal Pharma XI was quickest among the bowlers getting 2 important wickets by giving away 22 runs in his 4 overs. CGOH made 173 in their allotted 20 overs. Royal Pharma kept loosing wickets at regular intervals. The entire team was bundled out for 74 runs with Abhilash bagging three wickets giving away just 5 runs.

Jesus Christ always said love your enemies  and pray for those...

September is observed as Nutrition month & Target is to make...

Eric Lefkofsky’s Leadership in The Revolution for Cancer Treatment 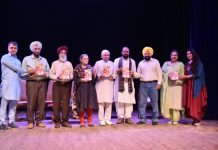 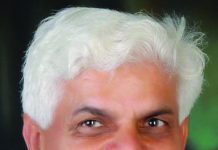 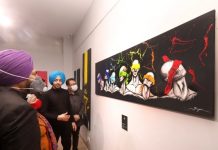