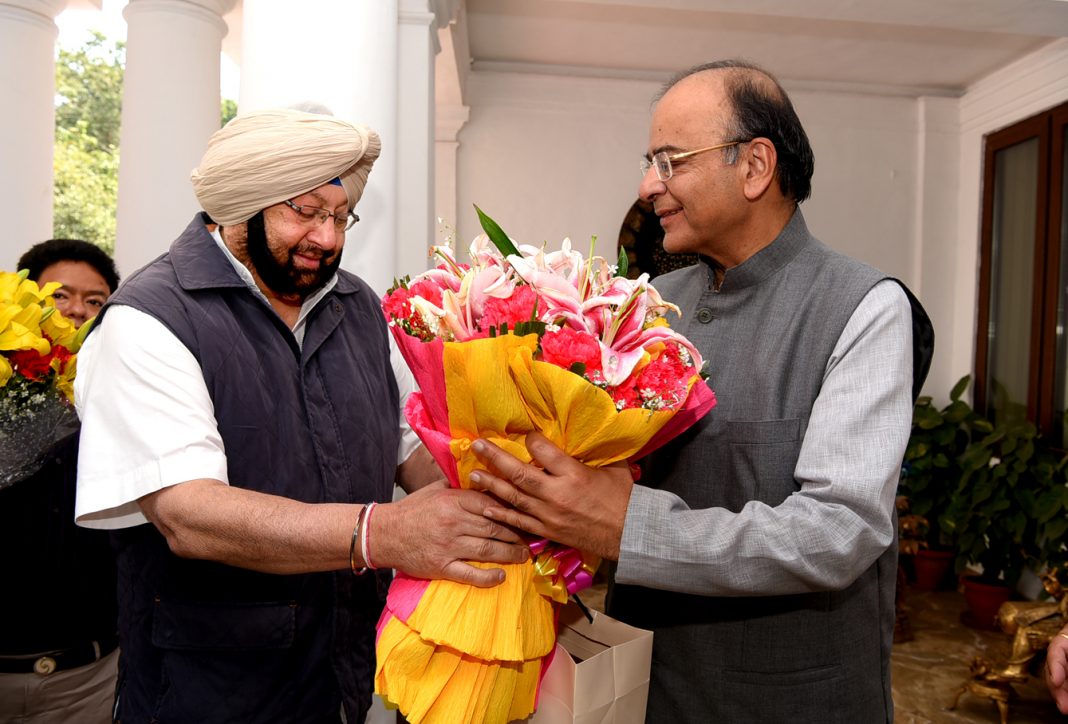 Union Finance Minister Arun Jaitely on Wednesday assured Punjab Chief Minister Captain Amarinder Singh that he would direct the Reserve Bank of India (RBI) to ensure that all arrangements for wheat procurement in the state are in place by March 25.

The assurance came after Captain Amarinder met the Union Finance Minister at his residence here to seek immediate authorization and release of Rs. 20,683 crore Cash Credit Limit (CCL) from the central government for smooth and timely wheat procurement in the state.

Captain Amarinder informed the Finance Minister that a proposal seeking the CCL had already been sent to the Reserve Bank of India by the state government, which hoped to procure over 100 LMT of wheat in this procurement season, commencing April 1.

Mr. Jaitley assured the Chief Minister of the Centre’s full cooperation in ensuring that the farmers in Punjab do not face any problems in the procurement of their grain, Mr. Raveen Thukral, Media Advisor to CM, disclosed after the meeting.

The Chief Minister described the luncheon meeting as fruitful and thanked the Finance Minister for his prompt and positive response. 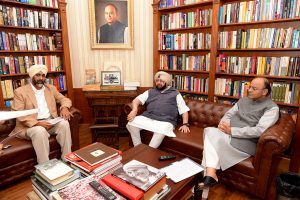 During the meeting, the Chief Minister, pointing out that Punjab was the largest contributor to the Central Pool of food grains, requested the Ministry of Finance, Government of India, to ensure timely authorization of CCL, which was still pending.

Captain Amarinder, who is in charge of the Food and Civil Supplies department, has also cancelled all labour and transportation tenders finalized for the wheat procurement process by the previous SAD-BJP government. Fresh tenders have already been called for.

The Chief Minister has issued stringent orders to ensure that the farmers and arthiyas do not face any problems in the mandis. The state mandi board has been directed to provide all basic amenities and facilities in the mandis, in addition to smooth and timely payments, as well as complete transparency in the process, which the new government has decentralized to make it more structured and effective.