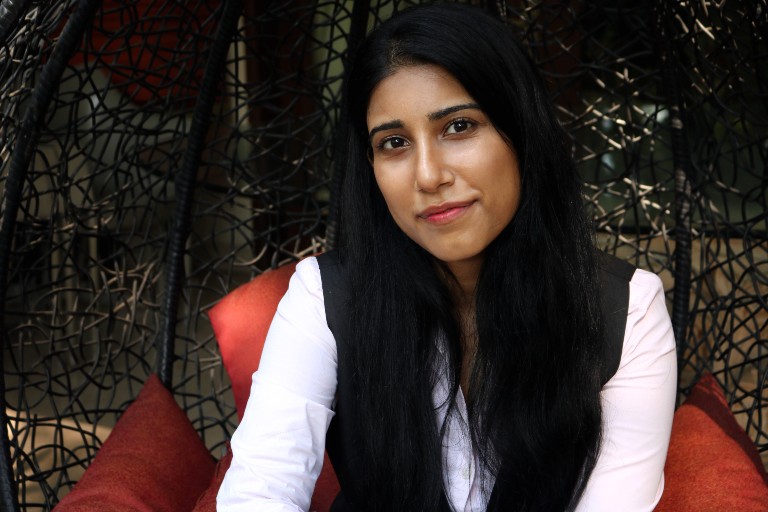 KajriBabbar, award winning film maker has been selected for the British Council’s Future Leaders Connect programme, a global leadership network for emerging leaders. As a writer director, Kajri’s work reflects her vision to harness the power of films to initiate change of perception towards gender equality and LGTBQ+ community. She is one among the four Indians selected for this prestigious programme for young leaders (18-35) from around the world who the British Council anticipates will play a significant role in politics in the years to come. The four winners who will represent India include Hasiba Begum (mental health), Kajri Babbar (women and gender, LGBTQIA inclusivity through films), Shambhavi Singh (public health, specifically maternal and child care), and Shreya Juneja (inclusivity of women in the workplace). They will be joining 50 people from twelve other countries for a ten day program at the University of Cambridge, U.K.from 21st Oct to 1st November.

Out of the chosen 600 applicants top 11 were chosen and called to Chennai for the finale. The final four were selected based on their exceptional talent in leadership, involvement in Politics and Policymaking. The panel of judges comprised of N Ravi, Ex-Editor,The Hindu, Janaka Pushpanathan, Director, British Council-South India, Gaurav Somwanshi, Future Leader 2018 and Chhattisgarh government advisor.

Speaking about her selection, KajriBabbar said, “I am absolutely delighted and proud to be representing my country in this coveted progamme. I view this as a wonderful opportunity that will expand my network/horizon, help me connect with inspirational personalities and most importantly enhance my skill sets to bring in positive changes in my country/to steer  change through policy making. As a person who has been actively involved in theatre and political campaigns, the future leaders connect programme will  provide the right momentum for my work on socio economic empowerment of women. I thank British Council and the panel of esteemed judges for bestowing me with this honour”

The Future Leaders i.e. these four winners become a part of a global network of emerging policy leaders who will undergo advanced leadership training and meet with Members of the UK Houses of Parliament. By the end of the programme, the Future Leaders are connected with The Elders (an international non-governmental organization of public figures noted as elder statesmen, peace activists, and human rights advocates, who were brought together by Nelson Mandela in 2007)