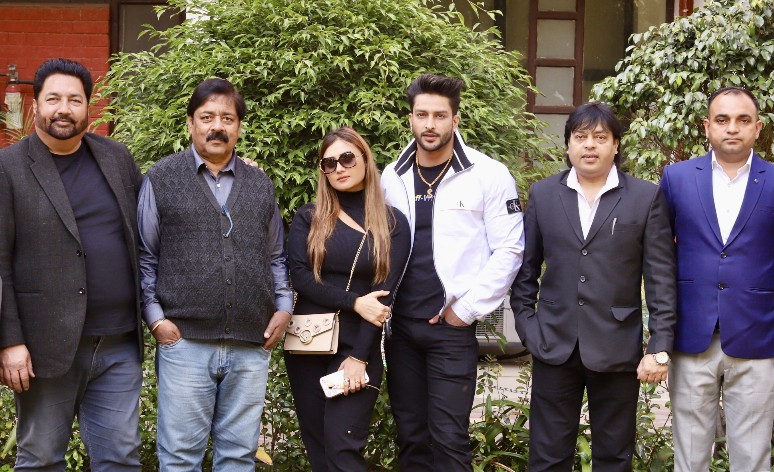 Armaan Cine Corporation, a new music house, was unveiled  today with an aim to provide a huge platform to budding and promising music talent of the region. The company will bring new artists forward through song recordings, video production and social media promotions. An announcement to this effect was made at Chandigarh Press Club.

The idea of starting a music company is the brainchild of Jagdish Kumar, who first thought about it in 2019. He has been fond of music since childhood and always wanted to do something worthwhile in the field of music. But this idea did not get much strength as the family had no background in music. The idea was supported by Davinder Singh, a cameraman associated with the music industry for a long time.

Jagdish Kumar, MD, Armaan Cine Corporation, said, “Through Davinder I met RP Singh, managing director of Garima Productions, who has been active in the industry since 1990. Coincidently, his son is Armaan, so the name Armaan Cine Corporation immediately caught his attention and he made up his mind to give his full support to this project. Davinder had worked with RP Singh in a serial ‘Apne Aaka Aap’ in 1992.”

RP Singh said, “During the COVID pandemic, the work of the entertainment world got badly affected, neither new programs, nor shooting opportunities came up.  This created a crisis for the new talent. Now shooting and events are allowed. We will shoot videos and record songs in Delhi NCR, Mumbai, Punjab, Haryana, Himachal Pradesh and Chandigarh besides UK, Canada, Scotland etc. Music will also be promoted on social media platforms like YouTube, Instagram, Whatsapp. If new artists wish, they can also work with Armaan Cine Corporation.”