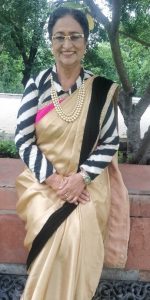 In our lives, we encounter many unsupportive folks who put a wet blanket on our aspirations and make us question ourselves and our ability to do anything. ‘Tumse Na Ho Paega’ is their typical quip to hold us off from racing towards our dreams and achieving the impossible. Breaking the shackles of capability, Zee TV is set to launch a new fiction offering, Guddan…Tumse Na Ho Paega, a light-hearted story of a 20-year old girl, Guddan (played by Kanika Mann), who having bumbled and fumbled through most of her life and being told by her own family that she can barely get one thing right, finds herself becoming India’s youngest mother in law to three older daughters-in-law by a quirk of circumstances.

For the first time on television, we will witness a role reversal to the typical saas-bahu relationship as three daughters-in-law set out to seek a suitable bride for their 40-year old father-in-law, Akshat (played by Nishant Singh Malkani) and each, for their own vested interests, get him married to 20-year old Guddan. Being a new saas in a household where the older bahus have ruled the roost for the longest time, Guddan is the quintessential inexperienced outsider faced with resistance, challenges and is time and again stripped powerless by the phrase- Tumse Na Ho Paega. Will Guddan tide over self-doubt and brave all the daily challenges thrown her way to shut down her critics and cynics once and for all by proving Guddan Se Ho Paega? The show is produced by Shoonya Square and will premiere on 3rd September and air Monday to Friday at 8pm on Zee TV! To promote the show, Daljit Soundh visited Chandigarh today. 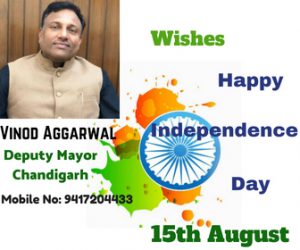 Guddan…Tumse Na Ho Paega will feature actors Nishant Singh Malkani and Kanika Mann in lead roles while Daljit Soundh will be seen essaying the character of Tulsi Devi, Akshat’s grandmother. A constant pillar of strength and a guiding force, Akshat always looks towards his dadi in trying times. A quintessential loving grandmother, Tulsi Devi is always there with the right advice for her beloved grandson to keep him on the right track. While Guddan is flamboyant, carefree and always ready to take risks, making her commit the silliest of mistakes, Akshat is a perfectionist with immense maturity. Set against the backdrop of the vibrant city of Indore, Guddan Tumse Na Ho Paega will trace the journey of two contrasting personalities, as they struggle to find common ground to lead a happy married life. As Guddan and Akshat’s contrasting worlds collide, it leads to a lot of drama, some lighter moments and the eternal quest for Guddan to prove that she can take on any challenge and nail it, no matter what her naysayers say.

Talking about her character, Daljit Soundh said, “I have been a part of the Zee TV family through Kumkum Bhagya for quite some time now and I am extremely happy to be part of yet another show on the channel – Guddan Tumse Na Ho Paega.  I am essaying the character of Akshat’s grandmother who understands him very well and supports all his decisions. The show has an intriguing storyline and delivers a very strong message about having faith in yourself and achieving the impossible. Chandigarh is like my second home as I am originally from Amritsar. Being a true Punjabi, I am looking forward to relishing some yummy food and reliving the good old days while I am in the city.”