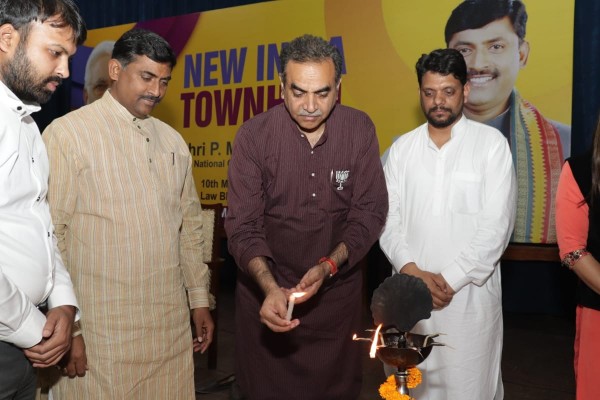 BJP Chandigarh president said to his youth workers that this election is not for any sarpanch, councilor, or for MLA. It is the national general elections for the Prime Minister of our nation. He asked his workers to leave no stone unturned into conveying the achievements of this government to each and every citizen.

Right from starting zero balance accounts for the poor people of the society under the Jan-Dhan Yojna to transferring subsidies to the same under the Direct Benefit Transfer. Right from large monetary transactions to booking train and flight tickets, have all been made easy through the means of digital payment. New India in the world is the one which does not compromise to terror and crosses the border if the need be to fight terrorism.

Muralidhar Rao initiated his address to the workers at the town-hall by saying that ‘New India’ means an India where the most marginalized people of the society are also touched and provided with benefits of schemes and policies under the aegis of ‘Digital India’ program.