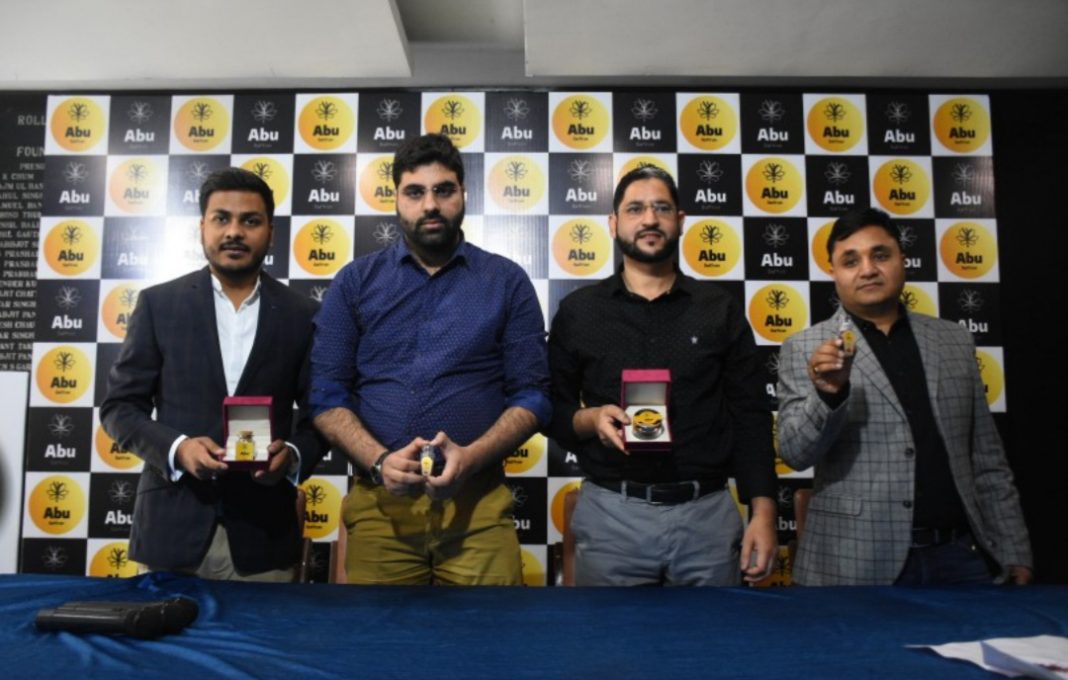 Two young Kashmiri entrepreneurs have initiated a startup in the branded saffron(kesar) space. Hilal Ahmad Malik and Junaid Gulzar Bafanda from Srinagar have established New Generation Agro under whose banner they will produce the world’s most expensive spice – saffron. The startup has aggregated 30 acres of pristine land at Pampore in Jammu & Kashmir.

Hilal Ahmed Malik, cofounder, New Generation Agro said, “Pampore’s saffron is known to be of the best quality in the world. We have unveiled today our saffron brand Abu Saffron, who’s USP is it’s quality. It is the purest form of saffron grown organically. The purity and authenticity of the saffron is proven by the produce’s naturally dark red colour with aroma. It is cultivated and hand-picked at a high altitude 1600 m to 1800 m above sea level. We have a target to produce & market 50 kgs of saffron every year.”

Hilal & Junaid have tied up with a Chandigarh based company Wegrow Megamart to market & distribute the saffron to start with in Chandigarh, Punjab & other states of North India, and in the second phase across other areas of India.

Vishal Bansal, cofounder, Wegrow Megamart said, “With the launch of Abu Saffron in Chandigarh we are expecting a sales turnover of around Rs 3 to 4 crores every year in Punjab. Since Chandigarh is centrally located and acts as a gateway to the states of Punjab, Haryana and Himachal, we will establish our godown here and then expand our product traditionally through C & F and distributors across Punjab and neighboring states like Himachal, Punjab, Haryana, UP and Delhi etc. Another aspect of our distribution will be that 25% to 30% of saffron will be distributed directly from farmer to the customer using the e commerce route.”

It is noteworthy that the tie-up between the two companies will give a fillip to J & K’s economy and will unlock employment opportunities for the Kashmiri youth. The collaboration will also act as an example which can be emulated by other entrepreneurs of J & K to take their businesses across the country which will make the state’s economy more robust and resolve many problems being faced by J & K.

It is pertinent to state that the government of India has supported saffron growers financially this year to the tune of Rs. 411 crore for protection preservation and more production of saffron. Not just the present government,  in 2010 the government of India had provided financial support to the tune of Rs. 372 crore in order to increase production from 3 kg saffron per hectare to 5 kg saffron per hectare.

Added Nikhil Bansal,co founder Wegrow Megamart, “The business model of marketing Kashmir’s saffron in an organised manner will certainly boost the economy of J & K and help small & marginal farmers of the valley to make a profit. On the other hand consumers will get pure Kashmiri saffron at affordable rates. There is a huge unorganised market of saffron and a lot of fake saffron is being sold loose in the market, our venture has the potential to reverse this trend.”

During the press meet to showcase the branded saffron the Kashmiri entrepreneurs also gave a demonstration to differentiate between original and dubious saffron. The duo also shared the health benefits of kesar, which helps in boosting immunity amid the ongoing pandemic.