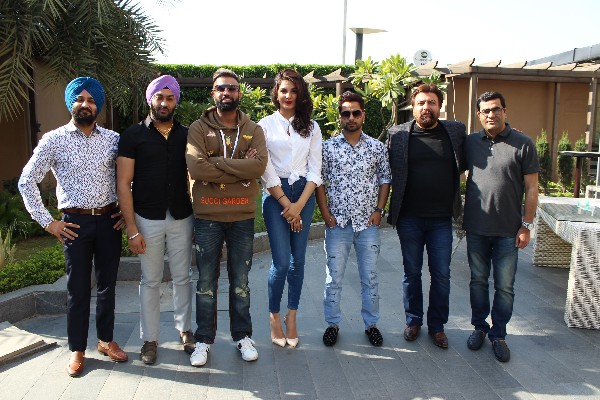 In the recent years, most of the films have portrayed Indo-Pak relations under a very negative light. However, there’s one film that will highlight the value of friendship and love amongst the two nations. Set in 1940s, Yaara Ve is a period drama starring Yuvraj Hans, Gagan Kokri, Raghvir Boli and Monica Gill in the leading roles.

Gagan Kokri, the actor of the film, said “Yaara Ve is quite a unique concept and I am glad to be part of this film. This is a period film set in the times when people and relations were pure, heartfelt and unconditional. I really hope we have done justice to those times when India and Pakistan shared love and friendship. People will definitely feel connected to all the emotions we have tried to portray in the movie.”

Monica Gill, the beautiful actress, also shared her thoughts and told, “Yaara Ve is probably the most fulfilling film I would have done. The look and feel of the film is simple but it was really difficult to portray the times we have only heard about from our grandparents. I really hope the audiences will be able to relate to Naseebo and love her character.”

About the film, director Rakesh Mehta said, “The movie has the perfect blend of emotions, drama, romance and comedy and it is set in the testing times of Indi-Pak partition. Indian and Pakistan were not always this bitter; we have tried to remember the days when there was brotherhood beyond borders. We have tried to create those years and really hope that Yaara Ve will live up to the expectations of the audiences.”

“Yaara Ve is our first project and we have tried to keep it as close to reality as possible. I have immense faith in Rakesh (Mehta) ji’s vision and research and have seen all the actors give in their 100 per cent on the sets of this film. I am sure it will be loved and we promise to always bring out such different concepts on silver screen”, the producer of the film Bally Singh Kakar said.

Worldwide distribution of the film is done by Munish Sahni’s Omjee Group. Yaara Ve will hit the theatres on 5th April 2019.

‘Jindua’ a triangle of Romance, Emotions and Relationships releases Today