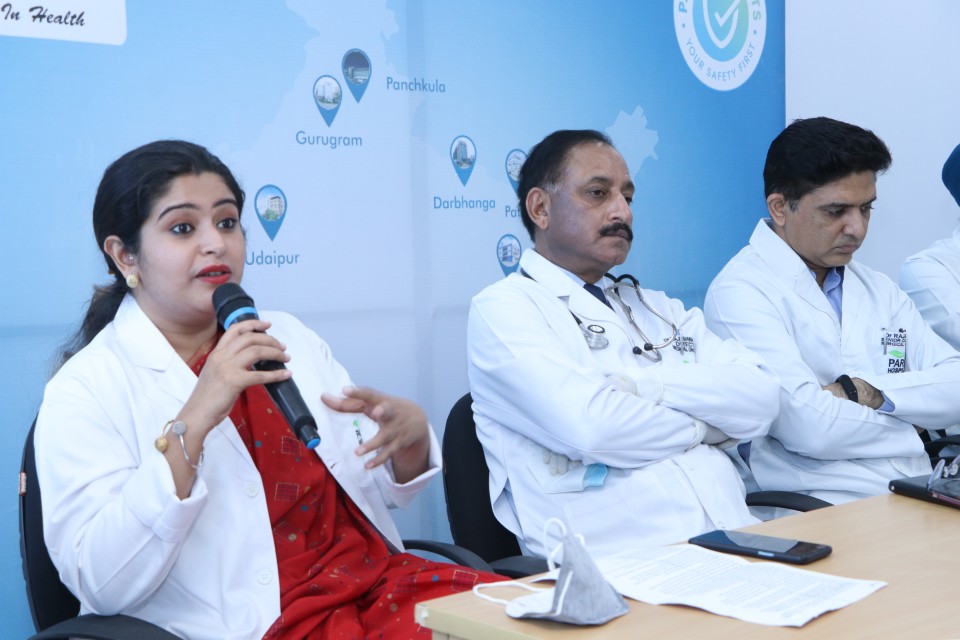 On the World Suicide Prevention Day, which is being observed on September 10, Paras Hospital aims to connect people from across the globe to prevent suicide and save more lives, with the theme ‘Creating Hope through Action’.

While supporting the National Council for Suicide Prevention’s (NCSP) campaign—‘Take 5 to Save Lives’—the doctors at Paras Hospital urged people to take out their 5 minutes on September 10, to perform five things to save peoples’ lives—Learn the warning signs, know how to help, practice self-care, reach out, and spread the word.

Suicide is a major public health concern and during the Covid-19 pandemic, suicide was one of the leading causes of death. Near about 800,000 people die from suicide worldwide each year, out of which 135,000 (17%) are Indian residents.

“Suicidal ideation is a sign that an individual is suffering deeply and must seek treatment. Annihilating the stigma starts by comprehending why suicides occur and advocating for mental health awareness within our communities. Many people believe that people who die by suicide are selfish and take the easy way out but the truth is that these individuals are suffering so intensely that they feel worthless, hopeless and helpless”, said Dr Kriti Anand, Consultant, psychiatrist Paras hospital.

Besides, verbal or behavioural warning signs mostly precede majority of the suicides. Hence, it is should not be avoided. Also, there is an extensive stigma associated with suicides due to which people are scared to talk openly about it. Talking about suicide not only reduces the stigma, but also allows individuals to seek help, rethink their opinions and share their story with others”, Dr Kriti added.

The doctors advised people to consult doctors immediately if they feel any warning signs. Therapeutic options include brief interventions like personalised safety plan and follow up phone calls, pharmacotherapy and psychotherapy.

Hospital consultants further added that someone might be at immediate risk for attempting suicide if they are talking about wanting to die or wanting to kill themselves, talking about being a burden, hopeless or having no reason to live, feeling unbearable emotional or physical pain, withdrawing from family and friends, giving away important possessions or making a will, saying goodbye to friends and family, talking or thinking about death often or using alcohol or drugs more often.