In the ongoing show ‘Khasma Nu Khani’ on Zee Punjabi, the story has taken an unexpected turn when Ranveer’s NRI sister Maya surprisingly gets married to Desho’s ex-husband Armaan.

We have seen Desho struggling to find happiness in her new married life with Ranveer and while she seeks some happiness she is frightened with something new plotted against her. Consequently, her past has not faded enough for her to move on in her life, instead, it again finds its way back into her life when Desho’s sister-in-law stuns everyone in the family by marrying Armaan without the consent of her family.

As Ranveer has not accepted him as Maya’s husband, Armaan tries to convince everyone that he has changed himself to a nobleman, to which the family does not react in favour. Is Armaan concerned with convincing the family or he is only focused on fulfilling his grudge against Desho and Ranveer?

The motive behind the sudden marriage between Armaan and Maya has already been revealed when Maya accidentally mentions her idea of revenge against Desho and Ranveer in front of her mother-in-law. As Desho is concerned for the well-being of Maya, she convinces Ranveer not to leave Maya alone with Armaan which is why they ask Maya and Armaan, to stay with them in their house, so that they could keep an eye on Armaan’s evil plots.

Will Desho’s in-laws accept Armaan as their son-in-law? The upcoming episodes are definitely going to astonish the audience with the new twist in the story, so keep watching Khasma Nu Khani from Monday to Friday at 7 PM only on Zee Punjabi.

Abhishek Tiwari is a new Poster boy and Voice in Podcasting... 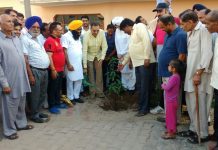 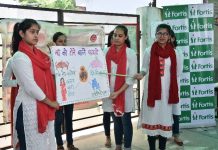 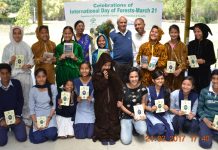 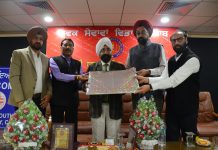