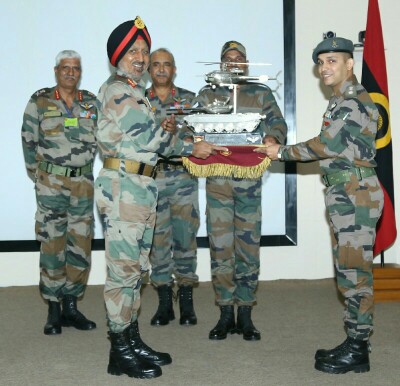 The conference was chaired by Lt Gen GS Dhillon, Chief of Staff, Headquarters Western Command. The General Officer reviewed various aviation operational missions and their Flight safety aspects. Lt Gen GS Dhillon complimented aviation units for their accident/incident free flying. He emphasized that Army Aviation is a potent arm in the third dimension and is destined to play a pivotal role in all future wars.

Lt Gen Kanwal Kumar, Director General of Army Aviation from Army Headquarters was in attendance.  He reviewed the flying operational missions and the flight safety aspects of the flying tasks achieved. He also highlighted the issue of employment, maintenance and logistic support of the Army Aviation units of the Western Command and complimented them on maintaining an excellent flight safety record with no flying accidents.