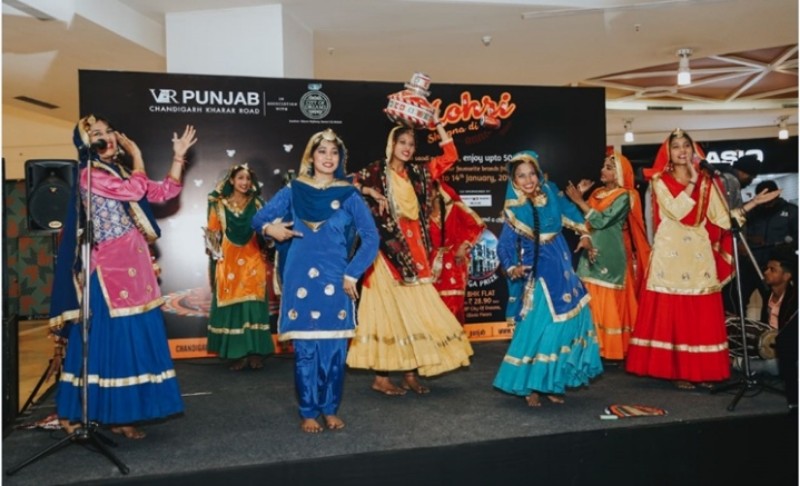 To showcase Punjab’s rich cultural heritage, VR Punjab the popular shopping & entertainment destination, is celebrating its first Lohri festival – ‘Lohri Shagna Di’.  The Centre has put together a Lohri festival bringing alive the ‘Punjabi tradition’. The celebrations are in tune with Virtuous Retail’s Connecting Communities© initiative. ‘Lohri Shagna Di’ will be on until 14th January, 2018.

“It’s VR Punjab’s first Lohri celebration after we had acquired the centre in May 2017 and we are leaving no stone unturned in making this an unmissable event. The festival, which launched earlier this week features the traditional Bolian & Dhol Competition, Kite flying & the Gidda. We have worked hard to give the people of Punjab a traditional Lohri ambience replete with unique decor, food & games stalls and lots of live performances.” said Jonathan Yach, Director Operations, Virtuous Retail.

The main event, will be held on Lohri Day (January 13) and will include a sacred Lohri bonfire accompanied with Punjabi dance & music in the evening.  A kid’s fashion show (Gabru Te Mutiyaar) is also planned on Jan 13. The festival will culminate on January 14 with the unveiling of the iconic  ‘I Love Punjab’ installation by Shri Navjot Singh Sidhu, Hon’ble Minister of Local Govt., Tourism, Cultural Affairs and Museums and the revered Punjabi athlete Man Kaur. The installation is VR Punjab’s ode to the State of Punjab. This auspicious day will also feature a Kite flying competition, Kite making & Parandi making workshops and much much more.

The Masse Shot : A Pool & Snooker Club launched in...