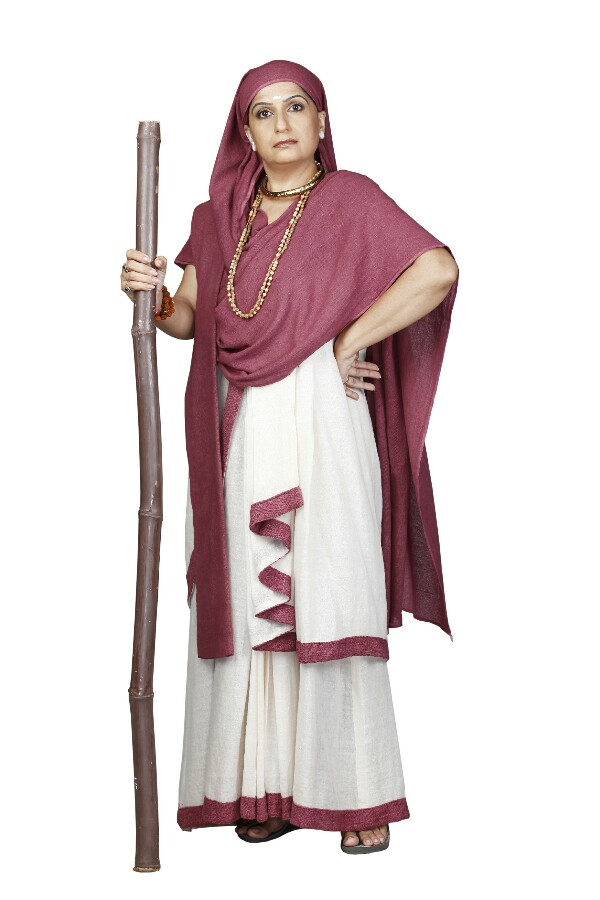 The Well Known and Veteran actress Nimisha Vakharia will soon be seen in Sony Sab’s much awaited show Tenali Rama. She will be essaying the role Tenali Rama (Krishna Bharadwaj) mother Laxmi.

Laxmi has vowed for a lifetime silence and committed herself to the devotion of god. She talk in sign language which no one understand. However, her daughter-in-law Sharda is the only person who understands her signs. Laxmi is a very nosy person who likes to interfere in others matter even though she cannot talk. She loves to know all the gossips around.

Commenting on her role, Nimisha Vakharia who plays Laxmi says, “I feel happy to be a part of such an epic show. My character in the show is very funny, though I do not have any dialogues, my sign language will lead to many funny encounters. The audience will surely love me in this new role and I am excited to be a part of Tenali Rama’s journey on SAB TV.”

Tenali Rama will air starting from July 11th from Monday-Friday at 8 pm only on Sony SAB!

My Wife is my Favorite actress: Vivek Dahiya