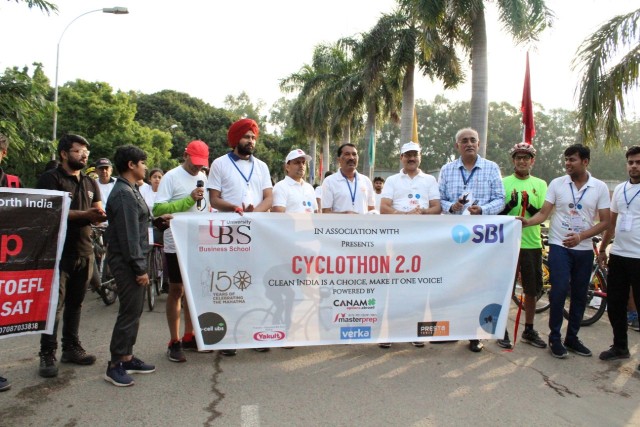 Chandigarh
2 October 2019
DIVYA AZAD
Students of University Business School, Panjab University in association with SBI conducted the second season of Cyclothon, a cycling event, from Gandhi Bhawan in PU to Rock Garden on October 2nd promoting clean and green alternatives of transit.
The event had a gathering of more than 200 people cycling their way to the Rock Garden checkpoint and then pedaling back to Gandhi Bhawan. The event was inaugurated by Mr. Emanual Nahar (DSW, Panjab University), Mr, Deepak Kapoor (Chairman, UBS), Mr. Lalit Mohan (DGM, SBI) and Mr. Rajesh Gupta (RM, SBI).
Free t-shirts, refreshments and E-certificates were provided to all the participants. The major highlight of the event were the Yaana cycles provided to people on rent to address the interests of those who did not have their own bicycles.
To organize such an event within 8 days and deliver to a larger than expected gathering would not have been possible without the collective efforts of the students of Environment cell and Public Relations Cell at UBS and the Chandigarh Police and administration. The event was co-powered by CANAM-masterprep, Presto, Brien Vision, Verka and Yakult.
After the success of both HR conclave and Management Conclave last month where UBS students marked their skills at team building, creative thinking, and crisis management, Cyclothon 2.0 gave the students and other residents of Chandigarh a feeling of freshness and enthusiasm in their daily lives

City based Chef Sanjay and Photographer Rajesh made a record of... 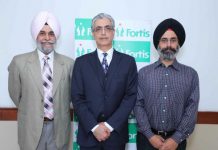 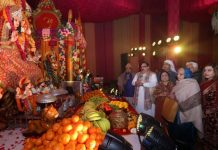 “Welcome” Function for the fresher of B.Sc. I Medical 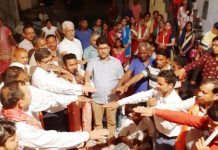