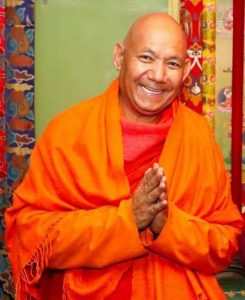 A recent study has made it clear that if the world’s emissions were the same, two-thirds of the Himalayan glaciers will melt by 2100. Even if the global temperature decreases by 1.5 degree Celsius, as per Paris Convention goals, the glaciers will have to bear this loss.

Water sources are available for about 25 crore people in the Hindu-Kush Himalayan glaciers and for another 1.65 billion people in the lower river valleys. Glaciers feed the world’s 10 most important river systems including Ganges and Indus, and support the lives of billions of people in the form of food, energy, clean air and direct or indirect income.

Talking about the condition, Ven. Bhikkhu Sanghasena, founder, Save the Himalaya Foundation (STHF), Leh-Ladakh, said, “Melting glacier will have adverse effects on human life, as the air pollution will increase and there will be drastic changes in the weather. By affecting the flow of rivers, urban water systems will be in crisis and there will be adverse impact on food and energy production also.”

Glaciers of Himalayas, which were formed almost 7 crore years ago, are highly sensitive to changing temperature. Since 1970s, they are getting thinner and retracting. The snow clad areas of the Himalayas are decreasing rapidly. As the glaciers are shrinking, hundreds of dangerous glacial lakes can burst to cause floods. Satellite data shows that the number of such lakes has increased from 3,350 in 1990 to 4,260 currently.

Empowering Farmers: Seminar on Scientific Use of Pesticides for Productive Yield 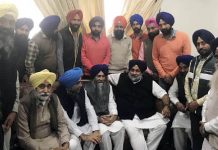 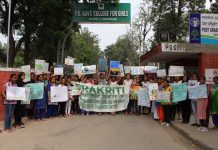 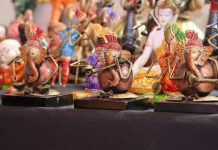