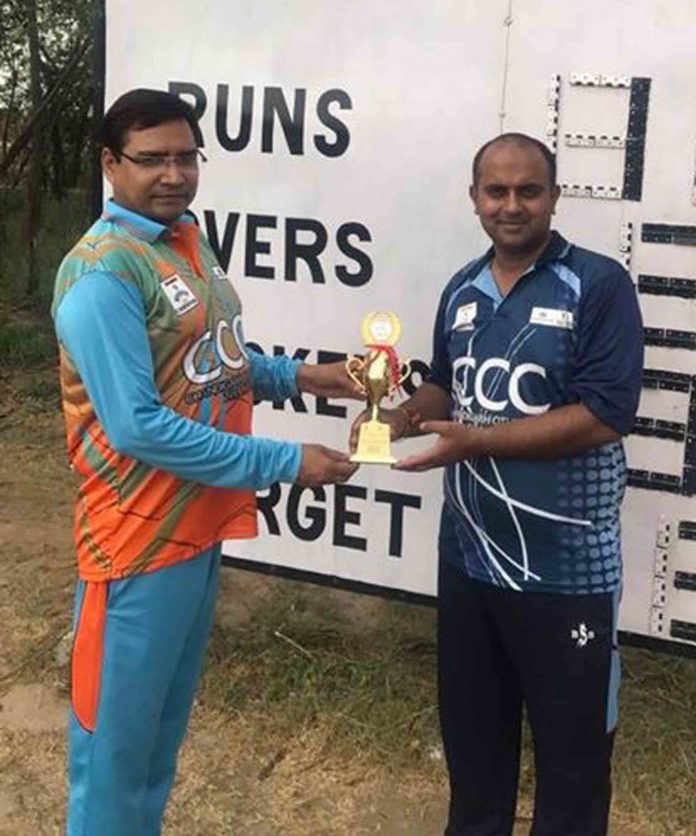 As many as six cricket matches were played this weekend at the CII Yi Sports Carnival 2017 organised by Young Indians (Yi) Solan Chapter of Confederation of Indian Industry (CII), in association with Chandigarh Citi Center (CCC), Zirakpur.

Team Chandigarh Citi Center registered their scintillating victory, thrashing Team Softobiz Technologies by 111 runs. CCC won the toss and elected to bat first. CCC scored 174 runs off 8 wickets in their allotted 20 overs against Softobiz Technologies. The Man of the match Saurabh Jindal for a superb bowling spell by claiming 6 wickets in 4 overs and giving away 12 runs. For CCC Mayank was the top scorer scoring 94 runs off 56 balls.

In second match played between CII – Yi and T T Consultants, CII – Yi won the toss and opted to bat first. Saransh and Amit Verma scored half centuries each and took the team total to 184 in their allotted 20 overs. Match couldn’t be completed because of the showers.

Last match on Saturday, was played between Dabur and Parexel Technologies. Batting first, Parexel scored 135 runs in the allotted 20 overs with top scorer Ashmani Roy scoring 35 runs supported by knocks of Hitesh and Rajat scoring 26 and 21, respectively. For Dabur Vikky was the best bowler taking 4 wickets by giving away 26 runs in 4 overs.

Punjab & Haryana High Court XI Vs Bulls Eye: High court batted first after winning the toss. Opener Tejwinder Gill took the opponents for a ride by playing a blistering knock of 148 runs from 70 balls having 18 boundaries and 7 sixes. Team made a total of 234 for loss of 4 wickets. In reply Bulls Eye made a strong start with both the openers having a opening stand of 100 runs before opener Ambrish got out after scoring 43 runs. Highest scorer from bulls eye was Madan Joshi scoring 75 runs from 41 balls supported by Rajeev scoring 49 runs. Bulls eye finished their innings on 207.

Chandigarh Police played against Parexel Technologies. Parexel opted to bat first after winning the toss. Chandigarh Police bowlers have the batsmen on back foot since beginning and got the whole team out for 69 runs.

DSP Rajeev Ambasta from Chandigarh Police was the quickest of the bowlers, taking 3 wickets in 3 overs by giving away only 9 runs. In reply, Chandigarh Police achieved the target in 8.5 overs at the loss of 2 wickets.

Last match on Sunday was played between Cheema Boilers and Softobiz Technologies. After winning the toss, Softobiz scored 114 in their allotted 20 overs. Top scorers from softobiz were Ashok Kumar and Gagan Murghai scoring 26 and 24 each. From the bowling side, Anshul was the quick of the bowler claiming 3 wickets in 4 overs giving away 17 runs. In reply Cheema Boilers achieved the target in 16 overs for loss of 5 wickets. Jaspal and Naunihal from Cheema Boilers were top scorer with 34 and 35 runs each.

ANNOUNCING THE PUBLICATION OF THE FIRST OF THE CHILDREN FIRST BOOKS 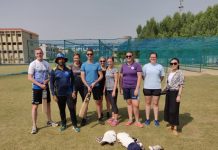 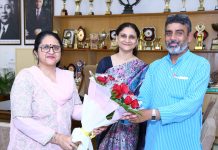 Experts deliberate on ‘Equality and Friendship’ and ‘Culture and Literature’ in... 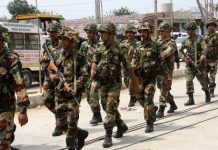 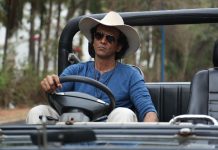 Beating the heat with Motu and Patlu in Chandigarh