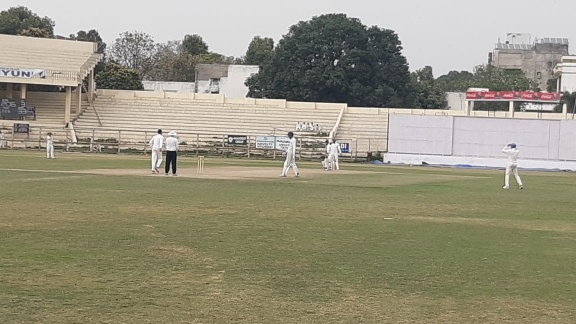 Triangular cricket tournament ‘TRIDENT PCA CUP’ between best of Punjab and Rest of Punjab got underway from today 15th March 2021. The tournament  sponsored by Trident Group of Companies  carries a cash prize of Rs  2 lacs for the Winner team and Rs 1 lacs /- for the Runners up team. The finals of the  tournament are  be played at PCA stadium, Mohali from 24th March to 26th March, 2021.  The  tournament aims   to make the best players, chosen by PCA from Punjab on the basis of their performance, to play against each other, perform and improve in the company of better players and to make this tourney a regular feature in the Cricket calendar of PCA.

The opening Match of the tournament was  played between  Punjab XI and  Rest of Punjab-RED at Gandhi ground Amritsar today.

Punjab XI  made  a glorious start by defeating Rest of Punjab- by 6 wickets. The mainstay of the batting was the opener  Abhijeet who  scored   112 runs in only 96 balls hitting 14 fours and 4  sixes. He was also  adjudged the man of the match. Abhijeet was ably supported by Prabhjot Singh   who scored 58 runs in 73 balls with 8 fours.The pick of the bowler for Rest of Punjab was Kashish Panseja for his 2 wicket haul in 5.1 overs for 21 Runs.

Rest of Punjab, batting first scored 225 Runs losing 9 wickets in stipulated 50 Overs. The highlight of Rest of Punjab innings was a blistering knock  of 82 runs in 76 balls studded with 5 Sixes and 5 Fours by WK batsman Salil Arora ,he was supported by Sumeet Sharma who playing cautiously made 52 runs in 62 balls including 6 fours.

On bowling front , bowler Abhinav Sharma registered impressive  figures by taking   3  wickets in his spell of 10 overs giving away 36 runs only.Vinay Chaudhary chipped in with an economical spell  of 1 wicket for 12  runs in 10  overs followed by 2 wickets by Ramandeep Singh in his short spell of 3 overs giving away 20 runs

Final Score of the Match 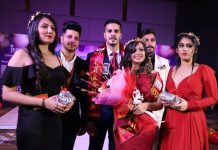 Xbox One to launch in China this month after all 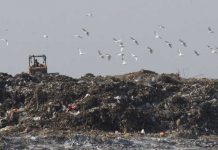 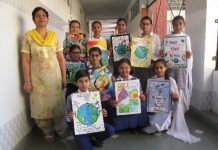