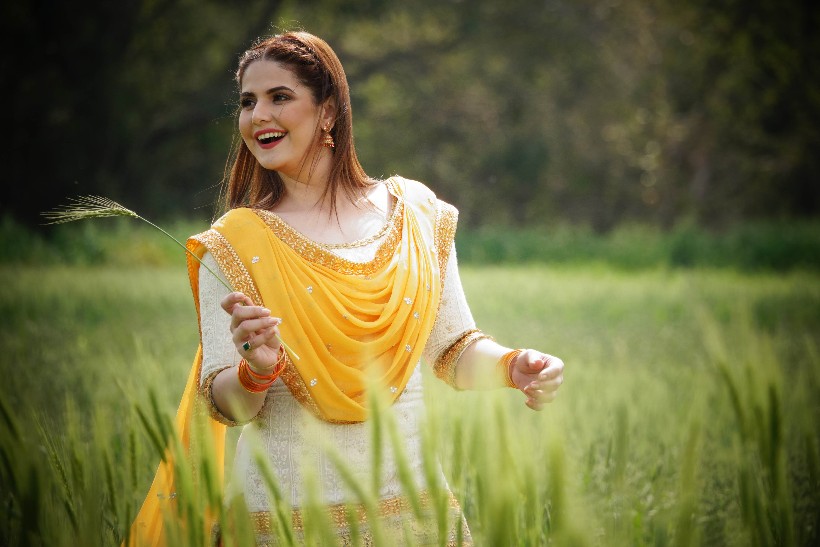 Gulshan Kumar & T- Series, in association with Humble Motion Pictures are all set to release their upcoming Punjabi film ‘Daaka’ and released the title track of the film today.

After the filmmakers released the two songs from the film, recreated version of ‘Phulkari’ and sad romantic track ‘Koi Aaye Na Rabba’, Gippy Grewal and Zareen Khan starrer ‘Daaka’s title track has released today. Famous singer of the Punjabi entertainment industry, Himmat Sandhu has sung the song; the lyrics are penned by Happy Raikoti while the music is composed by Jay K.

Singer Himmat Sandhu on the release of the song said, “Gippy bhaji has always encouraged and paved way for new talent to come forth in the industry. So getting such a big opportunity of singing the title track of his upcoming film Daaka was a very big thing for me. This is a song which will pump the audience and fill them with fresh energy. I sure that the audience is liking the song.”

This film is a full suspense thrill which will surely keep the audiences hooked to their seats and twists and turns in the tale will make it a worth watch. The song has already been released on T-Series official YouTube channel.

T-Series’ presented ‘Daaka’ will hit the theatres on 1st of November 2019.