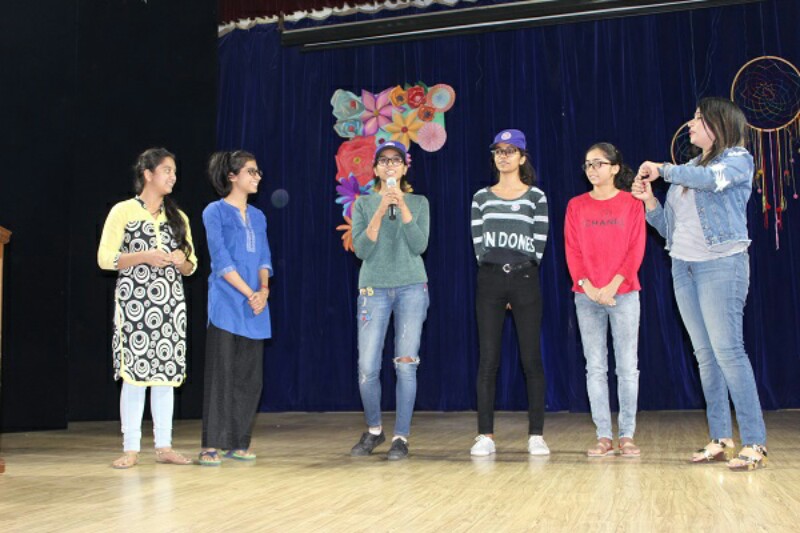 Keeping up the glorious tradition of excelling in curricular as well as co-curricular domain, Post Graduate Government College for Girls, Sector-11, Chandigarh became the pioneer institution in the city to have the launch and live demonstration of Swachhata App today. It is noteworthy that the college has ranked sixth in cleanliness at the national level among government institutions. Officials of Municipal Corporation Chandigarh addressed and interacted with a large gathering of the students and faculty of the college.  They guided that it is a mobile application on Android and iOS launched by the Union Ministry of Urban Development for addressing complaints related to civic issues.

It was highlighted that Chandigarh had slipped in Cleanliness Ranking at the national level due to lack of people’s participation. The App was citizen-friendly and anyone can download the app and file complaints. It is a mode whereby only a picture of the garbage dump or overflowing dustbin needs to be posted on the Swachhata App and it will automatically get forwarded to the concerned municipal authority. The app will pinpoint the exact location of the area of the complaint using the geo-location of the pictures. All urban local bodies have been mapped to this app and there is a fixed timeframe for redressing different categories of complaints received through the app. Once a complaint is registered, the complainant will be provided regular updates on its status, and citizens will have the option to give feedback on the quality of resolution.

Mr. Jatinder Yadav, Municipal Commissioner, Chandigarh Municipal Corporation who was also present on the occasion motivated the students to download the App, be agents of change and play the role of catalysts in transformation towards a Clean Society. The idea behind launching of the Swachhata app was to ensure faster resolution of complaints. The initiative is part of the government’s Swachh Bharat Mission launched by Prime Minister Narendra Modi to make India clean and open-defecation free by 2019.

RJ Meenakshi from 94.3 FM who is the Brand Ambassador for the Swachhata App congratulated the college for being the cleanest institution and felt sure that the students will definitely download the App and contribute sizably in the campaign and mission.

Prof. Anita Kaushal, Principal of the college felt confident that the students will maintain cleanliness not only in the college or their homes but would also be ambassadors of swachhata in the wider interest of the society.