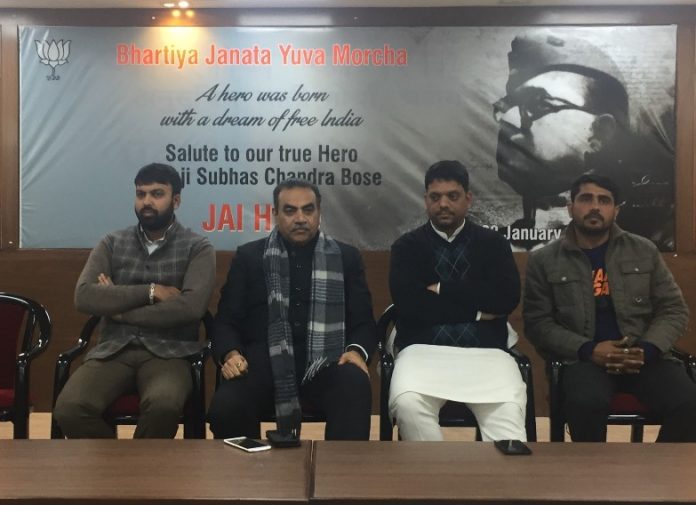 Chandigarh BJP State President Sanjay Tandon said that Netaji Subhash Chandra Bose had the honour of being the first Prime Minister of Azad Hind Government. His name is synonymous to nationalism and still inspire Indians to sacrifice their life & wealth for sake of their motherland. Tandon said that Netaji’s life & contribution was grand, but wasn’t given the due recognition after Independence as the Congress Party always kept in pleasing only a single family and their members. He told the youngsters that Netaji gave much importance to education in his life, got his higher education completed from London and then cleared the Indian Civil Services exam. From his younger days, Netaji was very much inspired from the life & teachings of Swami Vivekananda, as a result he left everything to take part in the Freedom movement. He fought for years and went to jail number of times. After that he escaped from India, tried to organise Indians living abroad and formed the ‘Azad Hind Fauj’. He appealed to the youth to ‘Give him blood, and he will give them freedom’. During the Second World War, he aligned with Japan & Germany and attacked the British Army, and all of a sudden the freedom movement gained momentum across India and the Britishers were forced to leave India after that.

Sanjay Tandon expressed pleasure that the present government under Prime Minister Narendra Modi has started celebrating days associated with Netaji at grand level and also developing places associated with him. Tandon appealed that as Netaji demanded blood in lieu of freedom, likewise its time to give our support & trust towards PM Narendra Modi who is working tirelessly to get our country freedom from poverty & corruption.

BJYM State President Gaurav Goel said that Yuva Morcha always endeavours to celebrate the days associated with the great personalities of our nation so that our youth gets inspired from their life & works. 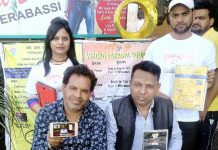 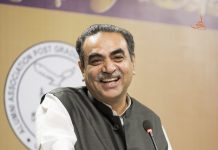 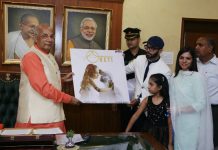