According to Ashwani Garg, Chairman, SVGOI, “Eminent dignitaries from all over the country, including a high level representation from ICAR, will be participating in the conference. There will be five technical sections. Assistant Director General (ADG), Principal Scientist from ICAR and scientists from Punjab, NABHI, NITTTR, Punjab Govt and other institutes are also participating.”

Ashok Garg, President, SVGOI said that 150 Research Papers are likely to be presented by various research scholars and scientists to evaluate the water and soil recourse conditions in Punjab. The issue pertaining to sustainable agriculture and biodiversity conservation is the main area of interest of the conference.

According to Ms Aruna Bhardwaj, Director General of SVGOI, Chief Conservator – Soil, Punjab and Director, Water and Soil Department, ICAR will be the eminent speakers on the theme. Total 25 eminent speakers from different agricultural institutes will also participate to deliver their valuable thoughts.

The main thrust area on which dignitaries and scientists will focus is how to double the farm income and how to manage the crops perfectly.

The outcome of this conference might be helpful in restricting and reframing the management measures to improve the status of agricultural production not only in Punjab, but the entire country. Prospects of second green revolution and roll of Punjab state is also going to be seriously discussed in the conference.

Agriculture students from SVGOI and other colleges of Punjab will be participating in the conference, said Ms Swati Sharma, Director (Academic).

Taste the Punjabi flavor of the year with ‘Golgappe’ 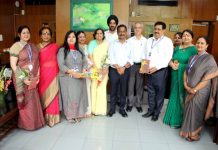 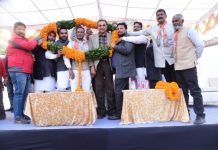 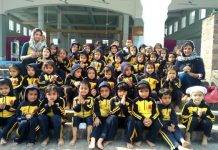 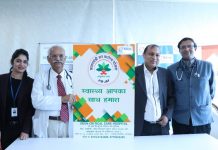