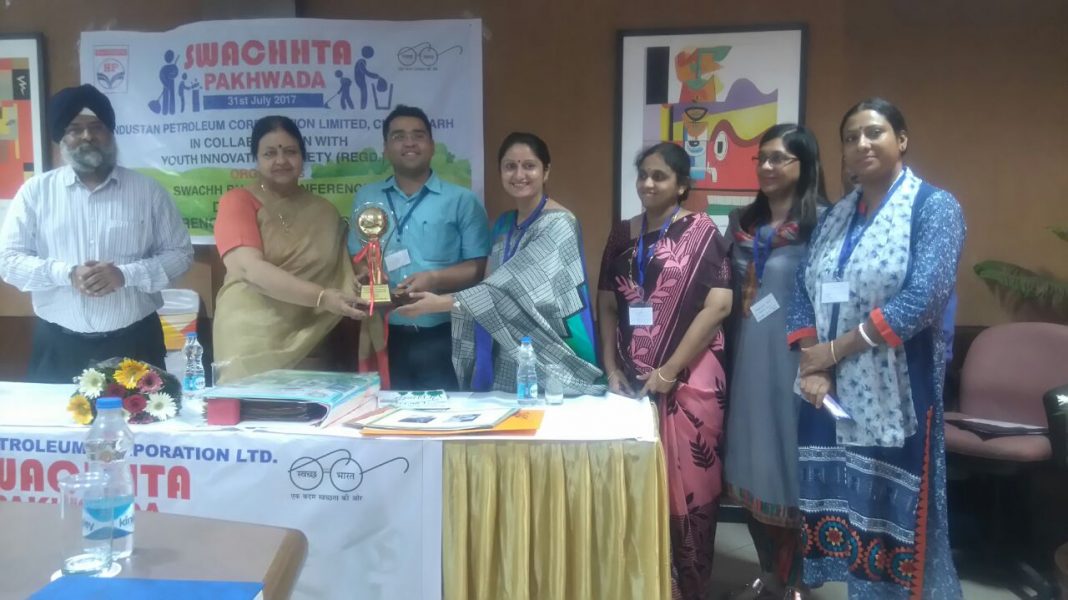 St. Joseph’s Sr. Sec. School, Sector 44-D, Chandigarh has the singular privilege of bagging the First Position in the ‘Swachh Vidyalaya’ Competition organized by an NGO named Youth Innovative Society, Chandigarh. Many government and private schools participated in this competition but it was St. Joseph’s who aced this race for success.

During ‘One Day Swachh Bharat Mission Conference’ held at UT guest house, the top three winners of best entry submission of a ‘Record of Activities’ done under the Swachh Bharat Campaign were felicitated.

The Chief Guest of the Conference was the Mayor Asha Kumari Jaswal of the Municipal Corporation, Chandigarh. Madam Mayor conferred the Trophy and Badge upon Ms. Monica Chawla, Principal of St. Joseph’s School. It was truly a glorious moment for everyone and Principal Ms. Chawla was delighted to share the award with Mrs. Jyothi, Ms. Jaya & Ms. Vandana who played vital role in making this campaign a success at school.

The innovative activities and creative art work contributed to the presentation of the report which therefore received much praise from both the Mayor as well as the other participants at the conference.