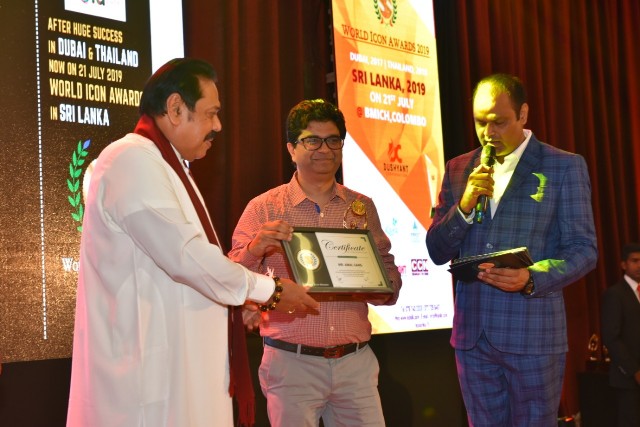 Chandigarh
17 August 2019
DIVYA AZAD
World icon awards Sri Lanka’s historic accomplished in BMICH auditorium. Sri Lanka’s former President Mahinda Rajapaksa at world icon award ceremony.
Has attended as the chief guest And a great NGO shelter in India on his excellent efforts to educate and rehabilitate the poor children honoured by world icon awards for the NGO, Mr. Amal Garg won the honour it’s known that Mr. Aman Garg is the member of indian revenue service and he Regards social service as an integral part of its life. His wife is also a famous medical doctor and she side by side with her husband continuously contributes selflessly to the treatment of poor people and poor children.