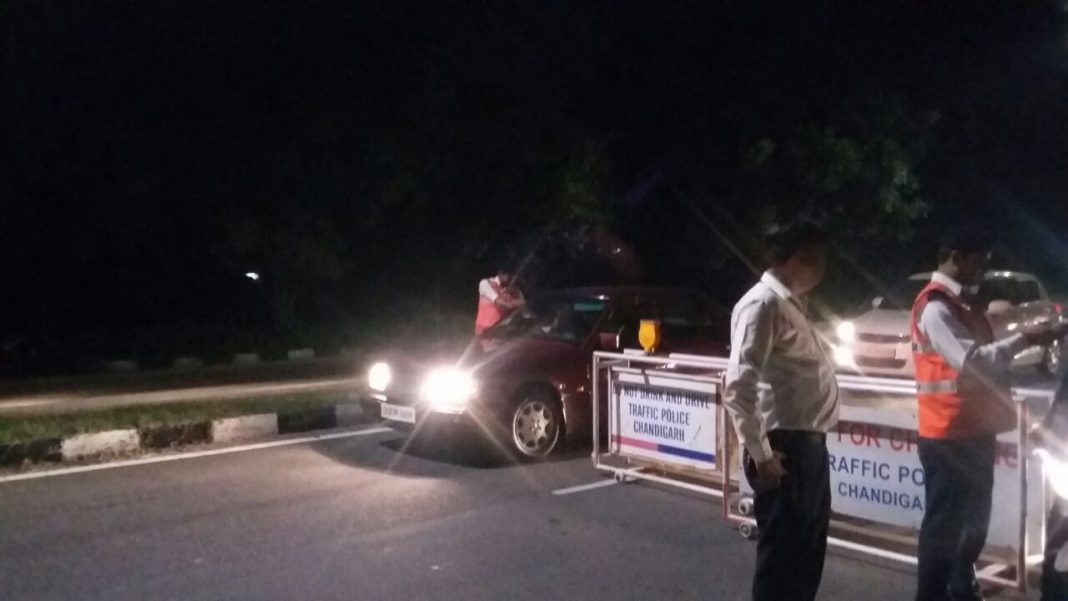 Chandigarh Traffic Police is conducting special drive against drunken driving in the city by organizing nakas using breath analyzers on different locations near pubs, clubs, bars, restaurants and hotels.  For community participation, traffic marshals are also present at these nakas.

On 15.9.2017, Traffic Police organized special nakas in the city at various places to check drunken driving and booked 116 offenders for this violation and their vehicles were also impounded. Challan documents have been forwarded to District Court for further legal proceedings. It is pertinent to mention that during this year upto 15.9.2017, 4150 offenders have been booked for the violation of drunken driving.

Further as per Sector 20 (2) of Motor Vehicle Act 1988, his/her driving license shall be disqualified for a period of not less than six months.

Chandigarh Traffic Police appeals to the general public to avoid driving in drunken condition and also ensure that a sober person drives in such situation or alternate means of transport are engaged.