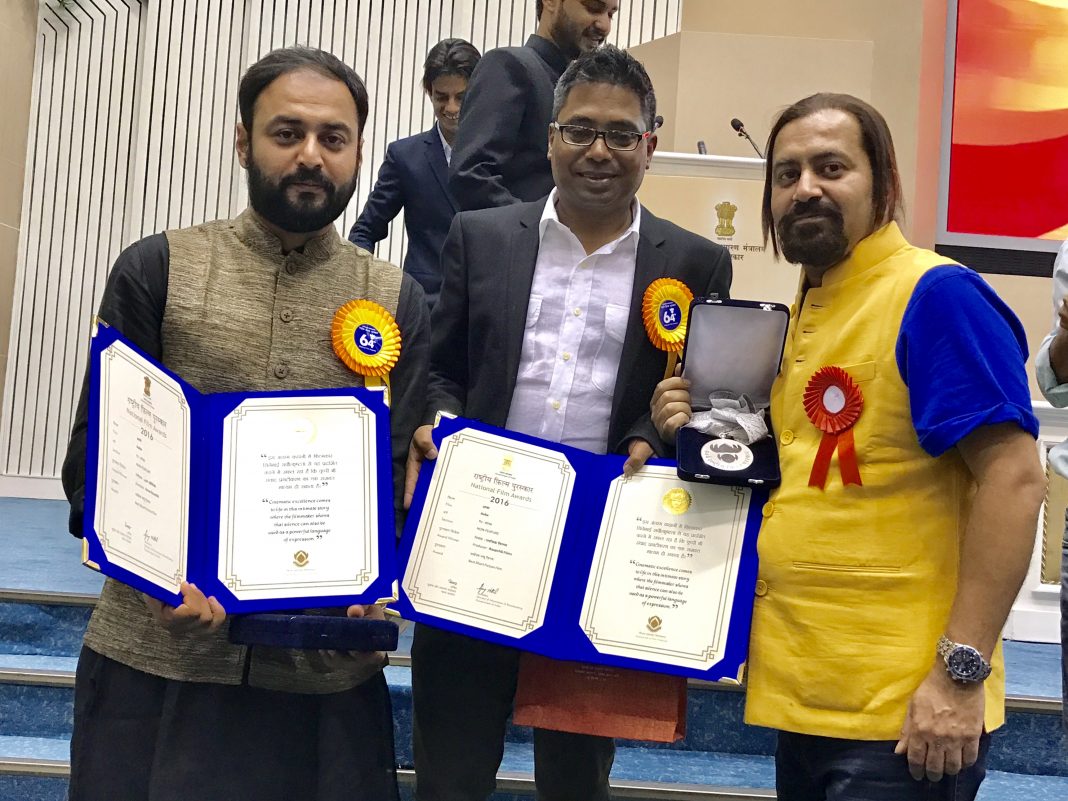 It was a moment of pride for tricity when “Aaba”, which has been produced by Mitul Dikshit along with acclaimed filmmaker Raj Kumar Gupta, of No One Killed Jessica, Aamir and Ghanchakkar fame, and directed by Amar Kaushik won the Rajat Kamal Award for the Best Short Fiction Film at prestigious Awards Function this year.

The award bestows a cash award for Rs. 50,000 /- each for Producer and Director. The citation by the I&B ministry praises this cinematic gem which got a standing ovation at Berlinale 2017 as “Cinematic excellence comes to life in this intimate story where the filmmaker shows that silence can also be used as a powerful language of expression.”

Mitul Dikshit, on this occasion said, “I produced this film with Raj Kumar Gupta after reading the script. The appreciation this film is getting Internationally and now by winning the biggest award in the country shows the potential the story and the story telling of the young director Amar Kaushik . Winning this National Award is a proud moment for tricity as I come from here and is a sign of its strengths & its spirit of pursuing excellence in all spheres.”

Commenting on the success of the short film, Raj Kumar Gupta, the producer of the film said, “Winning a National award certainly feels special. Amar has been my associate for a long time, when he narrated me this script I was really moved and I decided to produce it along with my friend Mitul Dikshit, congratulations to each and every team member who made this film happen.”

The story is about a girl who lives alone with her grandparents up in the highlands of Arunachal Pradesh. After her grandfather is diagnosed with lung cancer, she watches as he calmly digs his own grave, furnishing it for his comfort in the hereafter with a handful of his worldly possessions. His light-hearted approach to dying is a gentle and laconic acknowledgement of the natural cycle of life and death. But things don’t always go as planned in the land of the living.

The film previously won International prize for Best Short film in the Generation K Plus Category at Berlinale 2017 and has then onwards been in high demand at the film festivals across the globe. Till now, the film has won awards at Indian Film Festival, LA, (IFFLA), Aspen Film Shortsfest which is an Oscar qualifying festival .The film has been shortlisted for New York Indian Film Festival (NYIFF) and also some of the most prestigious International film festivals across the globe.