Shivanand Choubey Memorial Charitable Trust and Samasya Samadhan Team, Chandigarh, on the birth anniversary of freedom fighter, Shre Ballia Mangal Pandey Ji, extended the campaign for environmental fortnight by planting green belt of Indira colony. Through Shivanand Choubey Memorial Charitable Trust, In the campaign launched in the month of the month, the second stage of planting with the social service organizations in the Indira Colony problem The team was completed with Team, Chandigarh.

Trust chairman Sanjay Choubey said that with all the members of the Samasya Samadhan Team, this holy holy day of today was planted in the green belt, Indira colony on the anniversary of the anniversary of Sarnani Mangal Pandey ji of India’s freedom struggle. About 16 plants are common , Jamun, Litchi, Amla and medicinal plants were planted. The Trust also distributed the plants to the people.

On this occasion, Arbind Dubey said that Shivanand Choubey Memorial Charitable Trust has started the environmental fortnight to strengthen the compassion that has been done by the environment, which is a commendable endeavor. On this occasion, the team’s advisor Mahendra Dubey, freedom fighter Mangal Pandey Appealed to learn all the people from the flames and agitation of the revolution that has been lit by, and to make the society better, Do not say no to contribute. Trust chairman Sanjay Choubey, Saroj Choubey, Rahul Kumar Choubey, Mahendra Dubey, Arbind Dubey, Manoj Shukla, Mukesh Mishra, Raj Pandey, Dinesh Tripathi, Shivanand Mishra, Alpana Mishra, Manju Dubey, Sadhana Dubey, Poonam Mishra, Shagun Tripathi, Vandana Shukla, members of the problem-solving team were present. 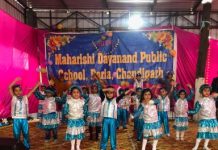 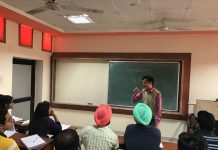 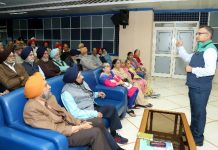 “Pneumonia accounts for 16 percent of the total under-five mortality in...

StreetScore scores a street view based on how safe it looks...

Students get lessons in life, religion at Sanskar Mahotsav