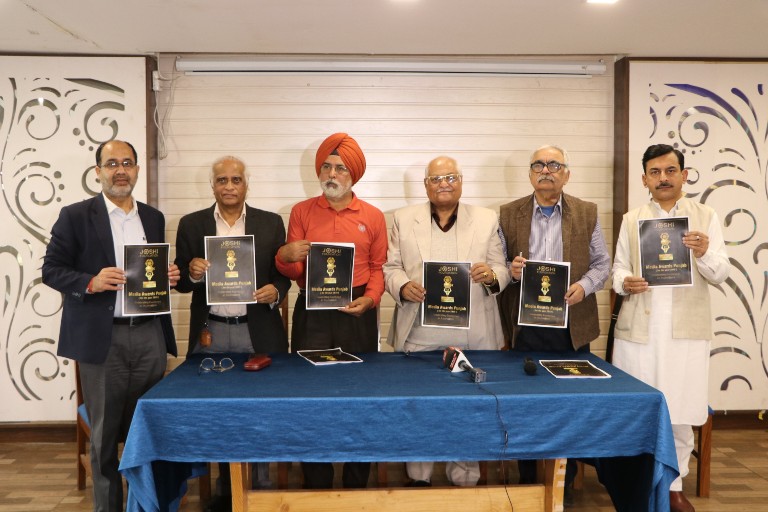 In a way to honour excellence in the field of journalism at the state, district and local level, the Joshi Foundation had earlier also awarded the journalists raising the voice of truth fearlessly.

These Awards are aimed at felicitating the talented professionals who through their work and creativity have defended the highest standards of journalism in Punjab in the year 2019, said Vineet Joshi, Chairman Joshi Foundation.

The last date for the submission of entries is March 31st.  The award ceremony will be held on the last Sunday of the April or first Sunday of May.

For Eligibility, methodology for inviting nominations, selection procedure and rules etc., one can visit www.joshifoundation.in. Besides, the Joshi Foundation can also be contacted on Facebook, Instagram and Twitter

Speaking the occasion Prof BK Kuthiala & SS Tej said, “ The resilient spirit of journalistic values should be praised through such platforms. The Joshi Foundation has done a appreciable job and I hope it will encourage the youth to join the fraternity to reveal the truth in front of the society.”

Stressing on the need for credibility of media in present times, Sh Naresh Kaushal & Ashok Malik shared, “Honoring the drive, the zeal, the passion, the curiosity, the resilience, the determination and the grit that the journalists of the region personify through their daily work is a matter of deep pride and truly great responsibility.”

Saurabh Joshi said, “The Joshi Foundation aims to promote the good coming of the society in every manner. The media is these days plays an important role in changing the perception of the society and by honoring the hard work behind the ideas is our moral duty.”

Cleaning up for Mother Earth on Earth Day