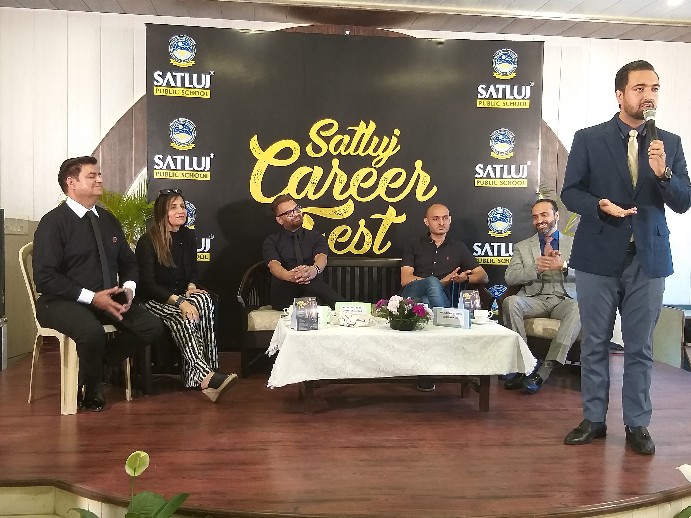 Counsellors and foreign representatives from more than 30 universities, foreign and Indian, represented which also included top-ranked ones in the world and India. Over 3,000 students represented 40 schools from North India, including tier 2 and tier 3 towns and cities during the career fest.

The representatives from top Universities in UK, US, Australian, European and India including –  Ashoka University, The University of Illinois at Chicago, Durham University, University of Leeds, University of the Pacific, American University Washington, DC, KU University of Kansas, AU Adelphi University and many more ensures that the queries are suitably addressed. Career fest gave a great opportunity for the fresher’s to understand the opportunities and take a judicious call to decide which career major they can opt for their future.

Besides addressing the doubts and queries of students and their parents the counsellors and representatives also introduced new career options in fashion, culinary arts, paramedical sciences, media and entertainment for them.

“After brainstorming internally, we realised that students in non-metro cities and smaller towns face a lack of opportunities when it comes to quality higher education options. Also, there’s a lack of awareness about jobs and skills of the future. Thus, we decided to organise Satluj Career Fest to spread awareness about these important points and to give not only Satlujians, but students from across the region a platform to build a better future. We hope to spread awareness and make this bigger every year”, said Reekrit Serai, Director & Dean, Satluj Group of Schools.