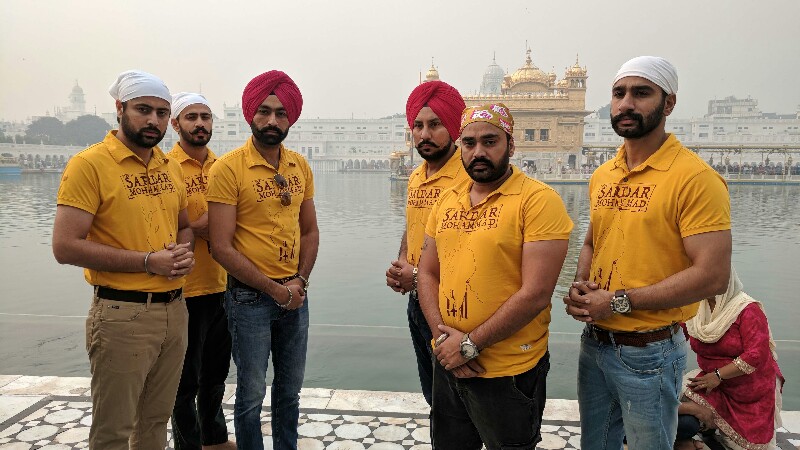 Religion has been always a talked topic in our nation. From fights on religion to unions on religion, we have seen it all. Whenever films are made on religions, they always played a big eye opener to society and easily sway masses in a good way. After the humungous success of Rabb Da Radio, Tarsem Jassar and the team is back with one more heart touching film “Sardar Mohammad’.  This movie will depict the story of the man who believes in, Unity in diversity. The film is based on true incidents.

Tarsem Jassar will be seen playing the protagonist in the film and also, the whole story, screenplay and dialogues are jotted down by multi-talented Tarsem Jassar. His versatility will be seen in the movie, which will add spunk to the film.  Mandy Takkar played the female lead in the movie. While other stellar star cast includes Karamjit Anmol, Sardar Sohi, Rana Jang Bahadur, Neeta Mohindra, Rahul Jungral, Manjit Singh, Harshjot Kaur & Neetu Pandher.  The film is directed by Harry Bhatti. Songs of the movie are beautifully sung by Tarsem Jassar and Kulbir Jhinger. Music is given by R Guru. The lyrics are been written by Tarsem Jassar, Kulbir Jhinjer & Narinder Bath. The trailer of the movie and all songs will be available on youtube channel of White Hill Music.

Tarsem Jassar quoted,” It was fantastic experience shooting for ‘Sardar Mohammad’.  I think this movie will break all the barriers of religion and give people a new definition of love. I am nervous but also excited for ‘Sardar Mohammad’. I hope the audience will give the same love to this film, the way they gave to my first movie.”

Producer Manpreet Johal said, ‘We’re quite optimistic about this movie. I and my team are trying to bring some variant films which make us different from the regular entertainment industry.  ‘Sardar Mohammad’ will leave a positive impact on people and also I hope Tarsem  Jassar’s versatile work will be loved by everyone’.

Director Harry Bhatti, “Our first film got an overwhelming response.  Working with this team again was indeed an enriching experience for me. The vibe of the set was so good and we had a great time while filming ‘Sardar Mohammad’.  I am confident about the fact that people are going to love Tarsem’s craft and such storyline.”

The movie is distributed by Munish Sahni’s company ‘Omjee Group’ in India and Overseas it’s distributed by White Hill Studios. The film is produced by Manpreet Johal and Vehli Janta Productions. The movie will hit screens on 3rd November 2017.