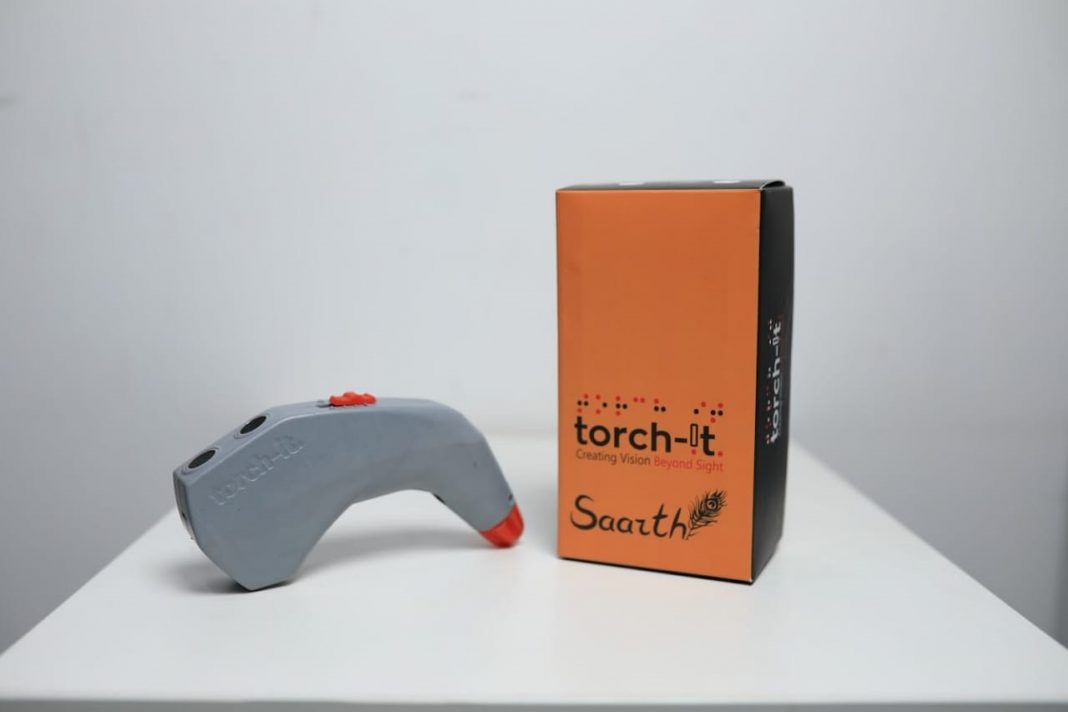 This project was initiated by Rotarian Gaurav Ghai when he saw a visually impaired person struggling on the way to his house a few months ago. He was disheartened at that moment and vowed that through the Rotary campaign he would help all the people of this neglected class. In this sequence, he got in touch with the young start-up in Ahmadabad and understood about the Saarthi equipment. After getting support from other members of Rotary, they bought 100 Saarthi kits and prepared the outline for the upcoming program.

Revealing details about the equipment, Rotaractor Kawalpreet Singh Judge, President, Rotaract Club Chandigarh Himalayan, said that the Saarthi warns the visually impaired people about the hurdles on their way so that they change their path. This battery powered device is easy to learn and operate. The device is charged with a USB charger port that lasts for more than a month despite using it daily. The device has a 99.9 per cent accuracy, while it has a navigational range of three different types – two feet (indoor), four feet (outdoor) and eight feet (open area).

Rotarian Gaurav Ghai said that his club is aiming for social uplift through various projects. He expressed confidence that this small effort would give more strength to visually impaired students and motivate them to work more in this direction.