Sanjay addressed the present residents and described Modi government’s achievements and programmes for the development of the country and its citizens. He said, the present government has come out with schemes for each and every strata of society and all citizens are getting benefits out of these schemes without any discrimination.

He said, the government has also provided great benefits for middle class and farmers in the current budget. It has been unprecedented that the income tax exemption have been doubled. Now every person in middle class who has income of five lacs or less will not have to pay any tax. Rs. 6000 annual pension has been awarded to all poor farmers and labourers. 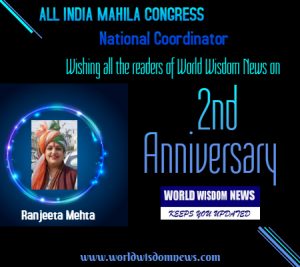 He informed that its first that, now our country is selling railway engines to other countries. The made in initiative by the government has created new opportunities for both workers and businesses of India. Skill Development and Mudra Yogna have played a great role in increasing women empowerment in the country. He said, we should all share these facts with others and encourage them to bring Modi government back in power in upcoming Lok Sabha elections.