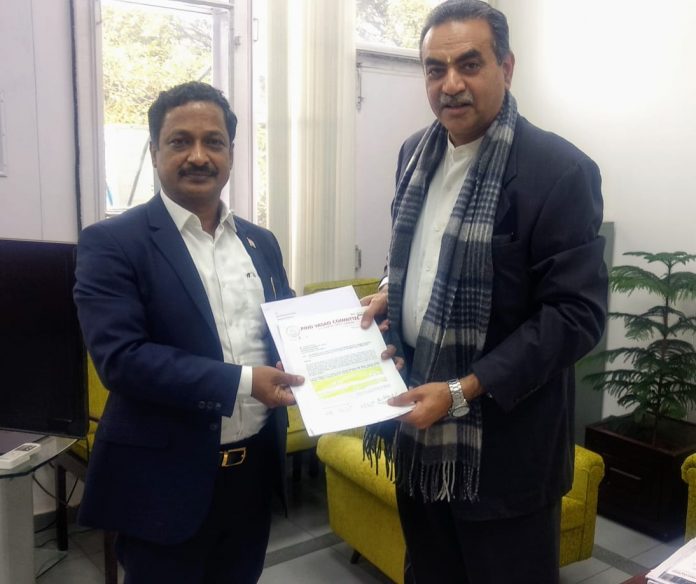 Chandigarh state President of BJP, Sanjay Tandon met the Manoj Parida, the advisor to the governor and Administrator of Chandigarh. He took up various problems of traders, U.T. Employees, housing society residents and villagers of Chandigarh with the advisor and requested him to resolve them at the earliest.

Giving more information about the meeting BJP Chandigarh media in charge said that Sanjay had met the administrator of Chandigarh, the governor of Punjab Sh. V. P. Badnore last week regarding these problems. Badnore had assured that all the issues will be resolved at the earliest and had asked Sanjay to meet the Advisor to take this further. Today’s meeting was in same context.

Taking up the issues of the local traders, Sanjay said the small traders especially the one’s operating from booths do not have enough space to store their goods, therefore they should be allowed to store good on the roofs of their booths. He also requested that permission should be given to run shops on the first floors of the buildings. He further requested that various fines imposed on the traders should be reduced.

Sanjay also took up the cause of UT employees. He requested the advisor that all the pending projects and schemes relating to the UT employees should be implemented at the earliest. Sanjay had earlier taken up this issue with the HRD ministry too. He said, that there has been delay in removing the objections sited by the ministry by Chandigarh administration because of which all the related projects and schemes are in limbo. Sanjay also apprised the advisor that over 700 workers under the NHRM scheme have not been paid for over 2 months now. He said administration should take appropriate steps so that these employees should get their wages in stipulated time.

He also took up various problems being faced by residents of housing societies. He requested that an easy procedure should be implemented to get the property registered for the housing society members. He also requested that various fines imposed on the residents for encroachments especially in sector 19, which have already been removed, should be revoked.

After listening to all the issues raised by Sanjay, Parida assured that all issues will be resolved at the earliest and promised to take necessary action within a week.

Get Salon Finish at home with right products 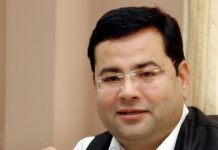 Aryans Group of Colleges, Chandigarh gets Nod for Pharmacy College 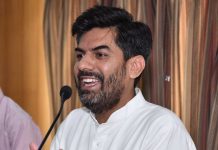 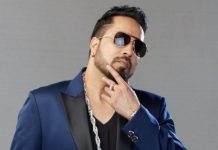