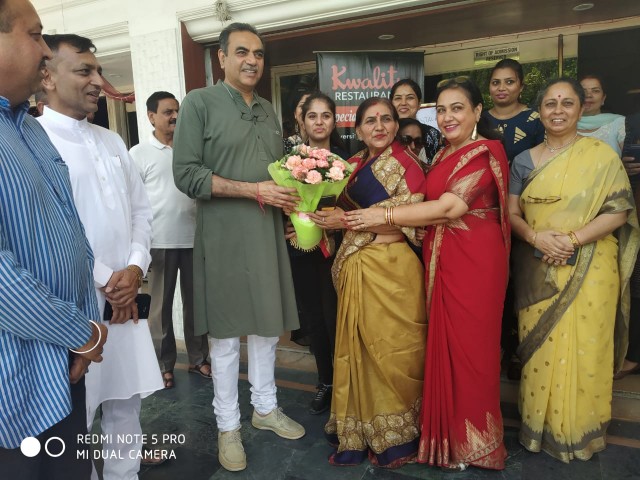 BJP won the Lok Sabha elections with unprecedented vote margins. In Chandigarh too, the BJP candidate Kirron Kher won the seat with a large margin of votes. BJP Chandigarh President Sanjay Tandon played a key role to ensure the victory for BJP candidate in Chandigarh. Several NGOs and other Associations from Chandigarh organized an event to felicitate Sanjay Tandon for ensuring the victory. The event was organized in supervision of Santosh Sharma, Chairperson of Social Welfare Board Chandigarh. Other organization which took part in the event included Surya Foundation, Indian Counseling Foundation, All India Environment, Don Bosco Society, Savera and Art Colors.

Addressing the people at the event Sanjay thanked everyone for extending their support and blessings. He said, the people of the country have voted for a ‘kaamdar’ government. He said, with Narender Modi as the prime minister of the country once again, there is a lot of optimism and the country will definitely reach unprecedented heights of development in next 5 years. He said all small and big organizations supported BJP in these elections for which he is thankful.

Addressing the gathering, Santosh Sharma thanked everyone who attended the meeting. He said, BJP has won this seat the second time consecutively and Sanjay Tandon has played a key role in ensuring this victory. He said, Sanjay worked tirelessly day and night to make sure BJP candidate wins the seat. 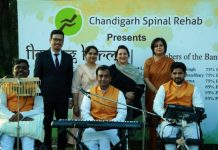 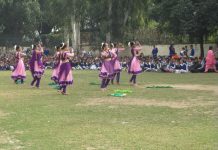 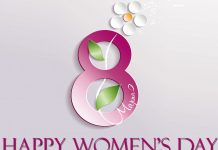 India Medical Show to be held at Parade Ground, Chandigarh on...