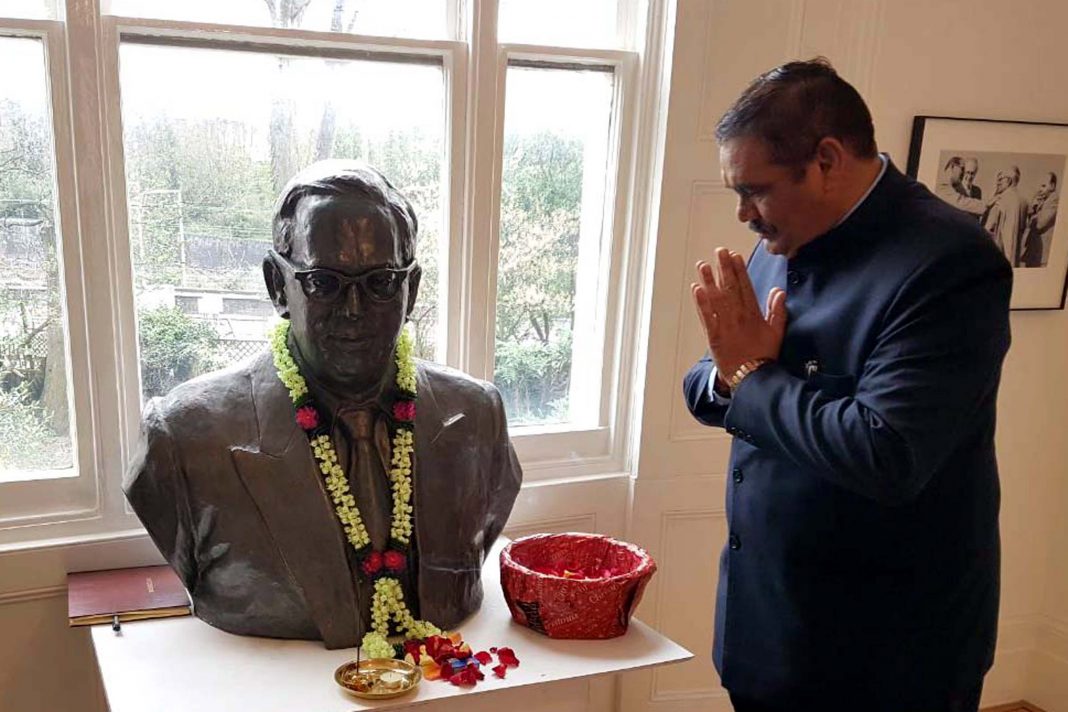 Union Minister and Punjab Bharatiya Janata Party president Vijay Sampla visited Dr BR Ambedkar’s home in London and paid floral tributes to his bust at the house. Dr. Ambedkar had stayed here for two years in 1921-22  during his student days at London School of Economics (LSE).

Remembering Dr. Ambedkar, Sampla said that the Dalit icon’s message of equality and justice continues to resonate in the world. “Baba Sahib Bhimrao Ambedkar was not just an architect of India’s Constitution but our parliamentary democracy. It was here in this house where Dr. Ambedkar enriched his academic studies and strengthened his resolve to challenge the impact of the caste system and British rule in India”, said Sampla.

Having a glimpse of some very special documents and letters related to Dr. Ambedkar on display, including some of his writings, Sampla said it reflected the wide intellect of the great man. 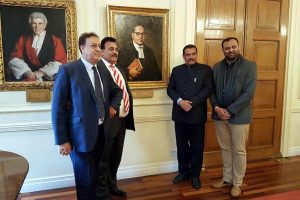 “He also stood for the upliftment of the weak, the oppressed and the excluded. He lifted us all to a higher cause in the service of humanity and build a future of justice, equality, opportunity and dignity for all humans”, he said.

Sampla also expressed hope that the memorial would continue to be an inspiration to young students and others from around the world.

Maharashtra government had acquired the three-storey 2,050 sq. ft. house at 10 King Henry’s Road, in northwest London, in August, 2015 for an estimated cost of 3.2 million to 4 million pounds.

The house was then converted into a memorial to honour the architect of India’s Constitution. Prime Minister Narendra Modi inaugurated the memorial in November 2015.