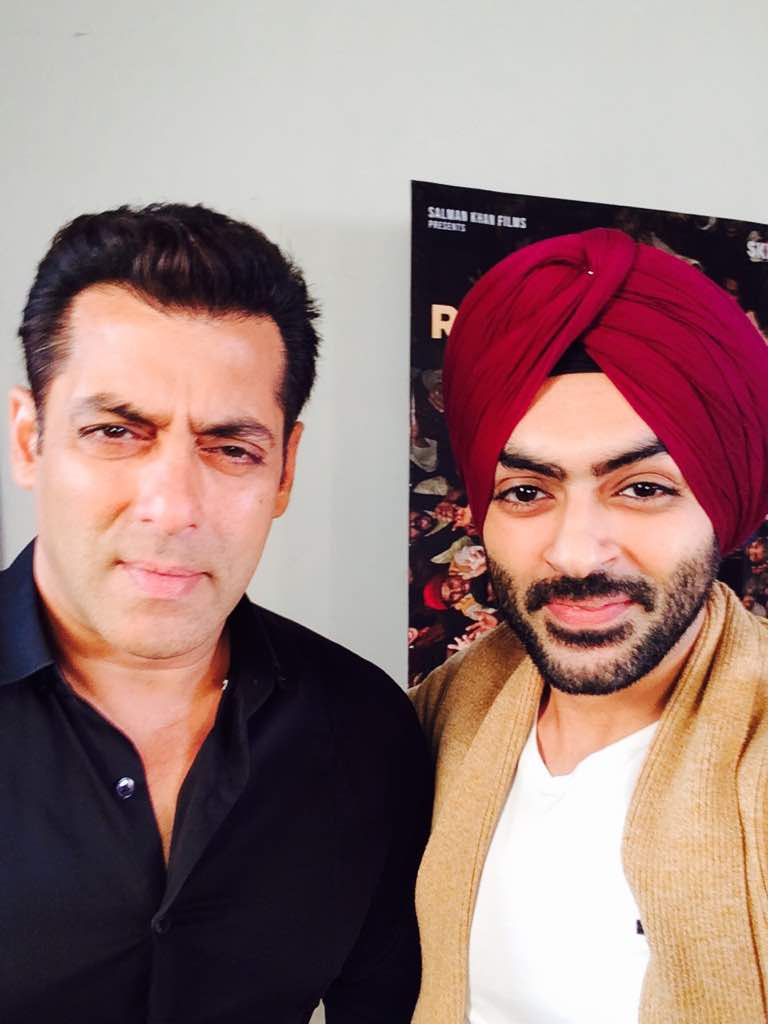 Actor and TV Host Karan Singh Chhabra (Chandigarh based) gets to meet a lot of stars on his Bollywood entertainment show called Asian Variety Show. Recently, the sabse bada kalakar acting guru met the Dabangg superstar Salman Khan. Talking about his time with Salman, Karan says, “It was a different experience altogether. His aura is so strong, that the moment he stepped on our set everyone was alert and stood still in pin drop silence. This was my first experience of meeting him. He smiled broadly and made me feel comfortable instantly. Salman Khan is also very spontaneous and real. During our conversation, he spoke a lot about the experience of shooting for Tubelight and shared his emotions for his brother Sohail Khan with whom he acted in Tubelight. He spoke about the difficulties he faced while creating the era of the 1962 during the India-China war which is the base of the film and even got nostalgic when he spoke about Om Puri, as it was the veteran actor’s last film.

So, which of the Salman’s movies is Karan a fan of?  “I love Bajrangi Bhaijan and Sultan.” As we depart, Karan Singh chooses to add one more bit about his favourite superstar Salman Khan and says, “I always love to meet new people. But meeting Salman Khan was a great thing. He has so many different sides to him, so it was great to know him. The amount of warmth and respect he had shown towards me and our team made me a even a bigger fan of him!”