Songs are irreplaceable part of a film. They not only add to the narrative, sometimes they also help break the monotony of the story. Especially in the films made on serious subjects. One such song is ‘Sadke Jawaan’ from SP Chauhan – The Struggling Man that has released recently.

‘Sadke Jawaan’, the first song from the film is sung  by Palak Muchhal and Kamal Khan. The music to this romantic track is given by Vibhas while Dr. Devendra Kafir has written the lyrics. The song has released under the T-Series label. SP Chauhan – The Struggling Man stars Jimmy Sheirgill and Yuvika Chaudhary in the leading roles and Yashpal Sharma will be seen playing a pivotal character. It is directed by Manoj K Jha.

Talking about the song, singer Kamal Khan said, “Romantic songs have a ruhaniyat in them.’Sadke Jawaan’ is an ode to the love that needs no roses for declaration but has an understanding of each other’s ambitions and goals in the relationship. SP Chauhan – The Struggling Man is a story that needed to be told. I am glad that I could be a part of it in my own small way. I hope people will like this song.”

Jimmy Sheirgill, the lead actor of the film said, “SP Chauhan is a man who has struggled his way to bring a change in the society. In fact, he has been the flag-bearer of Hope and development. However, underneath all of his dedication for the society he is a family man. ‘Sadke Jawaan’ is a song that will bring out his relationship with his wife to the fore, the person who has stood by him through all his struggles and provided him an unwavering confidence. I m sure people will also love this shade of his character, a man who has immense love and respect for his better half.”

“A film should have the songs that enhance the whole experience for the audience. ‘Sadke Jawaan’ is there to hit an emotional chord. SP Chauhan has a very inspiring tale that people must be aware of. However, we did not want to portray him as a larger-than-life character but a hero who has a mission to change the conditions. He is a common man who has a family of near and dear ones but he chose to make his city and state his family instead and worked for their welfare. We are sure people will love to hear his story”, said Manoj K Jha, the director of the film.

‘Sadke Jawaan’ has released on the official YouTube channel of T-Series label. SP Chauhan- The Struggling Man is set to release on 7th February 2019. 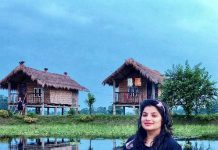 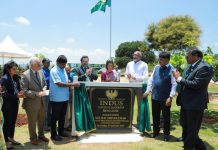 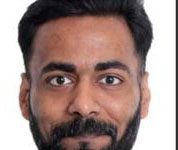 Centenarian gets new lease of life at PGIMER 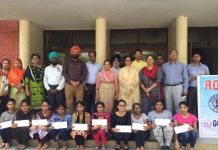