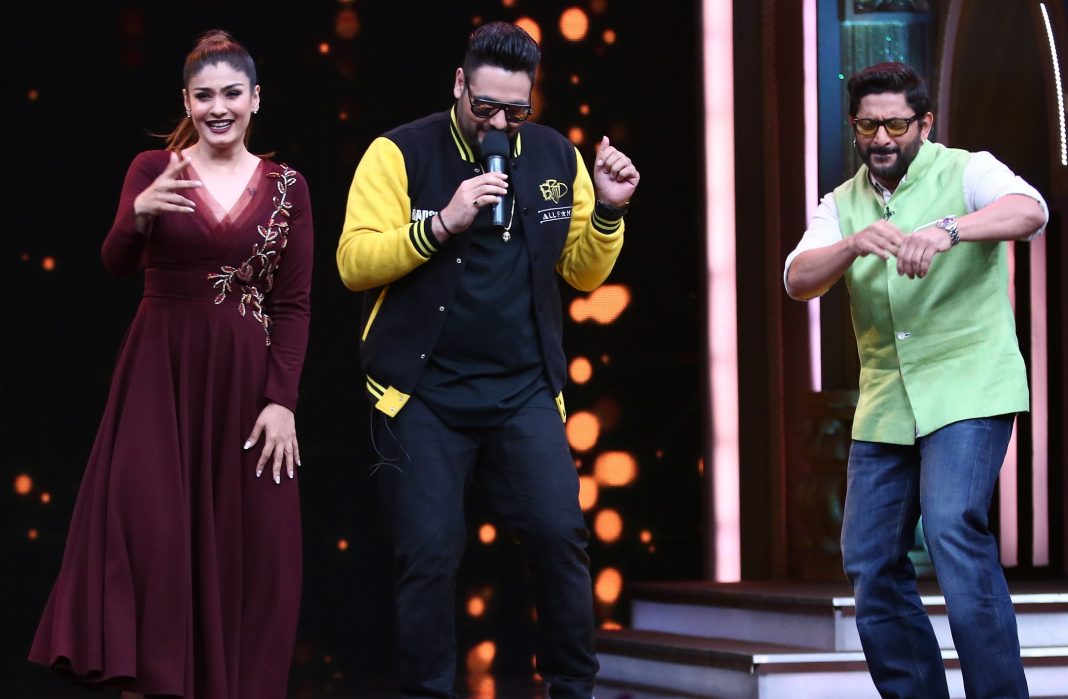 The beautiful and ravishing looking Raveena Tandon is the cynosure of all eyes as she looks ethereal on the sets of Sony Entertainment Television’s kids acting reality show, Sabse Bada Kalakar. It was  a surprise for everybody on the sets when the king of rap Badshah dropped on the sets.

The famous rapper was there to support the kids but what he didn’t expect was Raveena Tandon thanking him for a mention in his blockbuster song “Kar Gayi Chull.” Who can resist not shaking a leg with the stunning Raveena and Badshah did not let go of the opportunity.

A source on set informed, “Sharing the stage with Raveena was very special for Badshah as he dedicated the song “Kar Gayi Chull” to her and even gave her a rose, it was a very sweet moment as Badshah serenaded the beautiful actress and both of them danced to the very peppy Bollywood number.”