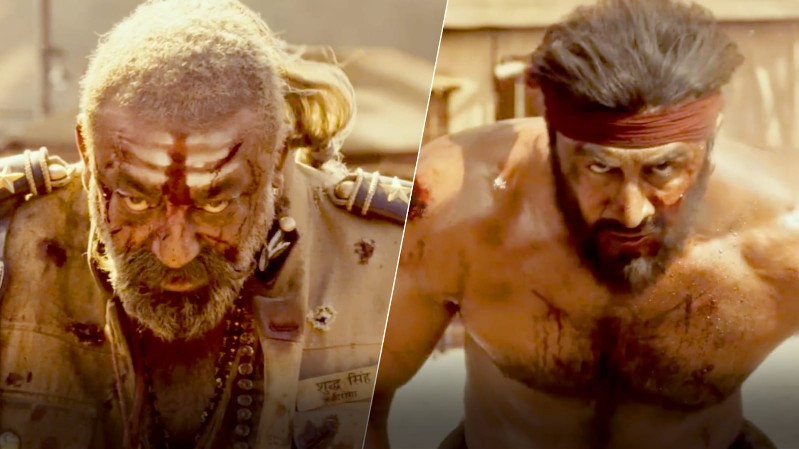 Ranbir Kapoor is playing a larger than life quintessential Hindi film hero with the action entertainer Shamshera that releases this Friday, July 22. Ranbir, who is coming to the big screen four years after he delivered the blockbuster Sanju, is pitted against Sanjay Dutt who is playing an evil, merciless, cold-hearted brute force of nature, Shuddh Singh. Sanjay Dutt vs Ranbir Kapoor is the clash of the year on the big screen and the two actors, along with Vaani Kapoor and Karan Malhotra will be in Chandigarh on 20th of July to promote the film in the city!

Producer Yash Raj Films has designed a special musical evening at Chandigarh University that will feature Shamshera’s brilliant music team comprising Mithoon, Sukhwinder Singh, Neeti Mohan, Aditya Narayan, Richa Sharma, Abhishek Nailwal and Shadab Faridi. This event is set to be attended by around 5000 people and they will witness the music team performing all the songs of the Shamshera album. While in Chandigarh, Ranbir and Sanjay, along with Vaani and Karan will also be doing several large scale crowd activities to promote Shamshera which is already riding on huge buzz and anticipation. The advance bookings of the film are open for people to grab tickets to this visual spectacle!

The story of Shamshera is set in the fictitious city of Kaza, where a warrior tribe is imprisoned, enslaved and tortured by a ruthless authoritarian general Shuddh Singh, played by Sanjay Dutt. This is the story of a man who became a slave, a slave who became a leader and then a legend for his tribe. He relentlessly fights for his tribe’s freedom and dignity. His name is Shamshera. The high-octane, adrenaline-pumping entertainer is set in the 1800s in the heartland of India. It has the big promise of a never seen before Ranbir Kapoor, who plays Shamshera in the film! Sanjay Dutt plays Ranbir’s arch-enemy in this huge casting coup and his showdown with Ranbir will be something to watch out for as they will ferociously go after each other with no mercy. Directed by Karan Malhotra, this action extravaganza has been produced by Aditya Chopra and is set to release in Hindi, Tamil and Telugu on July 22, 2022.