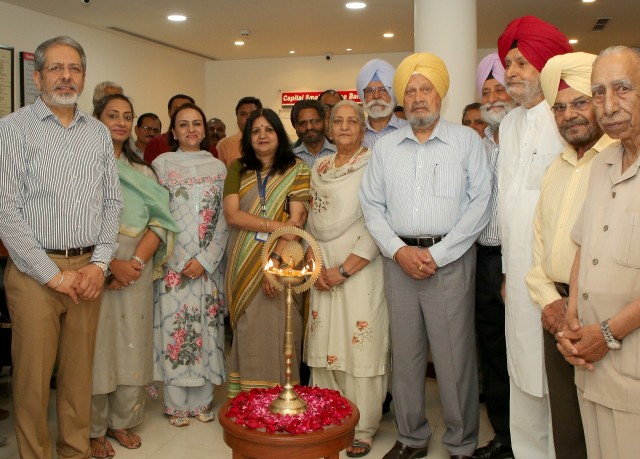 The Bank transitioned from a Local Area Bank to Small Finance Bank with 47 Branches. In a short span, 85 new Branches have become operational, taking the total number of Branches to 132. After establishing a strong footprint in the state of Punjab, the Bank has now started expansion to the states of Haryana, NCT Delhi, Rajasthan along with Union Territory of Chandigarh.

The total business of the Bank has crossed Rs.6,450 crores with a satisfied customer base of more than 6,00,000. The Bank has 80% of its business in rural and semi urban areas, with priority sector lending of 81.28% of the Adjusted Net Bank Credit. The Bank is extending loans primarily to small borrowers as 54.10% of the total advances are up to the ticket size of Rs.25 lacs. The tremendous performance of the Bank is evident from the fact that most of its branches have become the largest branches in terms of business in their respective areas in this short span.

The Bank pioneered in bringing modern banking facilities to the rural areas at a low cost. In line with the purpose for which the Small Finance Banks have been set up, the Bank focused on promoting Financial Inclusion in the area of operation since inception by making banking services accessible to the common man. The Bank is providing a safe, efficient and service oriented repository of savings to the local community on one hand, and reducing their dependence on moneylenders by making need based credit easily available on the other hand.

The focus to serve common man and the local touch advantage has given Capital Small Finance Bank a competitive edge over other banks in the region.

Conversion of the Bank to Small Finance Bank has removed the geographical barriers for expansion, resulting in exponential growth of the Bank in all spheres. The business of the Bank is expected to grow to Rs.18,000 crores by March 31, 2023 with 265 number of Branches.