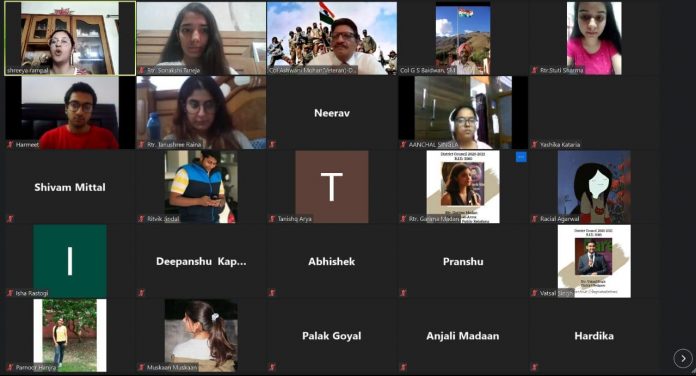 To commemorate the Kargil Vijay Diwas, a webinar was conducted by RAC Chandigarh, RAC Chandigarh Shivalik and RAC UIET where the guests speakers were senior and experienced ex army officers- Col. Ashwanii Moahan and Col. GS Baidwan SM.  The officers apprised the audience in detail about the Kargil operations and addressed all the queries of the audience.

The feeling of nationalism was instilled in the audience by laying stress on famous sayings like “Ye Dil maange more” spoken by late Capt.  Vikram Batra PVC . and “if death strikes before I prove my blood, I swear, I will kill death” written by late Capt. Manoj Kumar Pandey in his diary before his martyrdom.  Col. Ashwanii also referred to the famous saying “Our flag does not fly because the wind moves it, it flies with the last breath of each soldier who died protecting it”-anonymous.

Stuti Sharma, Club President, RAC Chandigarh Shivalik stated, “This event has enlightened us with the plethora of knowledge on the importance of Kargil Diwas. It was an enriching experience to know and appreciate the indomitable courage and sacrifice of Indian soldiers.”

The webinar lasted for about 2 hours. At the fag-end a surprise quiz was conducted by our guests, asking various questions to get a feel of their involvement. The webinar ended with a salute to the valiant soldiers of our armed forces. Their sacrifice is etched in our hearts forever.

Rotaract Club Chandigarh Shivalik is an organisation working for the society. Rotaract club of Chandigarh Shivalik, since its inception, has been instrumental in working for the betterment of the society by conducting various projects and events like cleanliness and donation drives, blood donation camps, and human chain. The club has also successfully executed major events like Diva Miss North India 2k16 and a theme-based treasure hunt Sherlocked. Apart from the community projects, the prime focus has been on professional development of the members and the society so forth. For this purpose, various workshops and seminars are held. We, as an institution, strive to give a fair opportunity of development to our members. This community-based club has always stood for making the world around us a better place to live in. The motto is to make a difference in the future by working and by believing in togetherness. 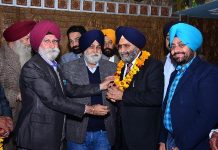 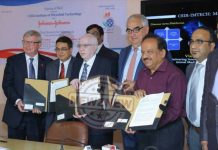 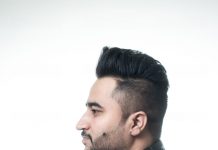 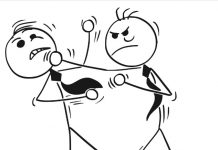