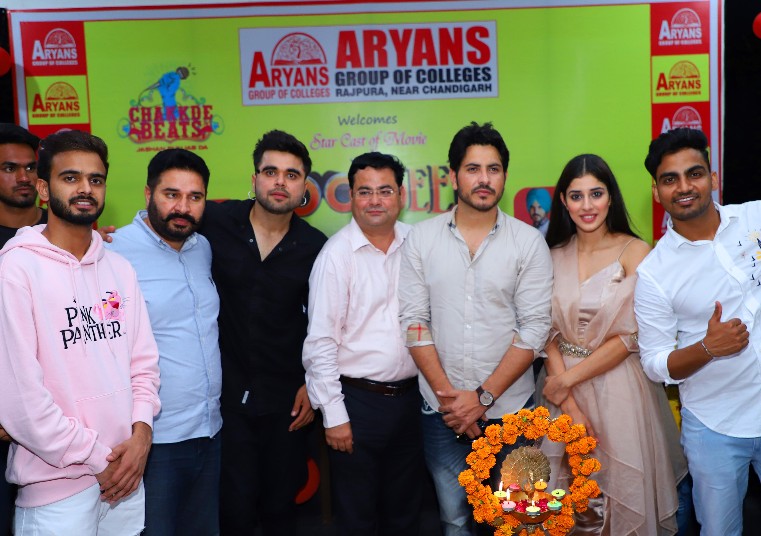 The starcast also performed on the songs of upcoming Punjabi Movie Doorbeen including Navi Navi, Sarkar etc and tapped on their feet along with the students.

Ninja who is playing the lead role in the movie while interacting with the students said that we have tried to give a glimpse of comedy, entertainment, romance and thrill. It is basically a story about alcohol smuggling through unusual techniques.

An Azaad Parindey Films, the movie is directed by Ishan Chopra and has been written by Sukhraj Singh. Doorbeen is produced by Sukhraj Randhawa, Jugraj Bal and Yadwinder Virk. The film will be released on 27th Sept. 2019.