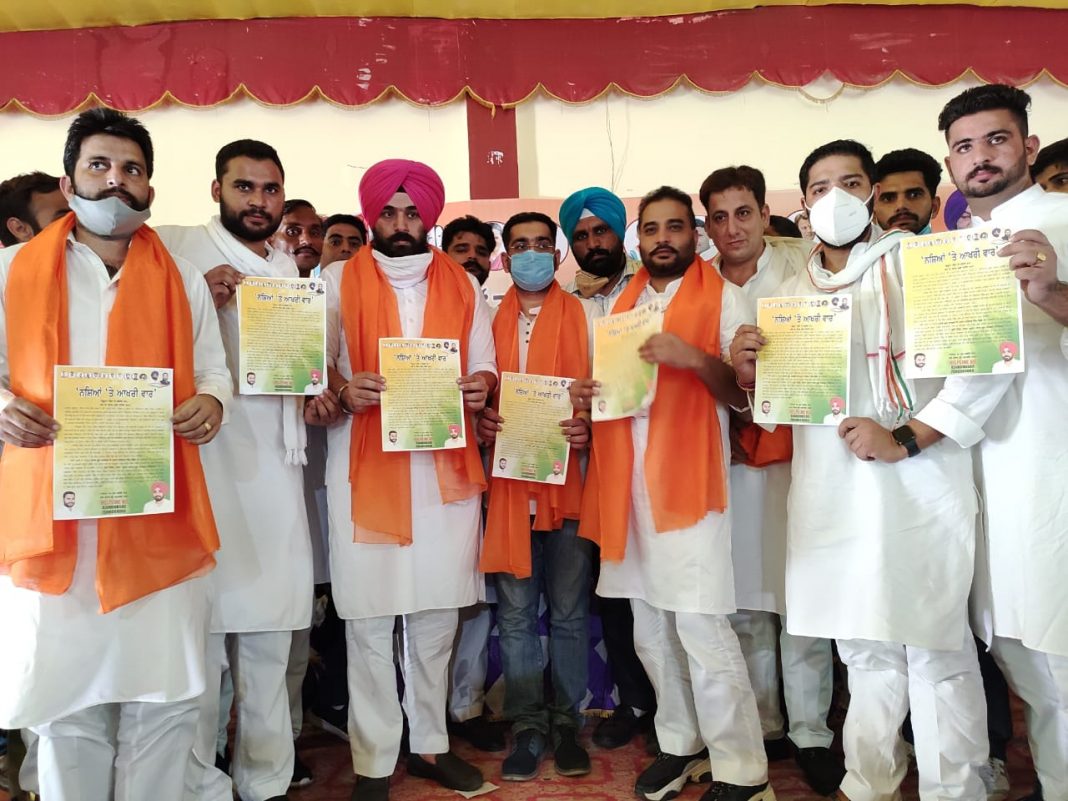 The President of Punjab Youth Congress, Brinder Singh Dhillon on Friday launched ‘Nashiya Te Aakhri Vaar’ (The final strike on Drugs), program at Fazilka to completely weed out the drugs from Punjab. The District Youth Congress committee, Fazilka under guidance of President Ruby Gill organized the program that aims at including the society at large in the mission to defeat the giant of drugs and make Punjab great again. Dhillon launched a helpline number for common people to give information about the drug trade in the area. Under the program, the representatives of Punjab Youth Congress will reach out the families of people who have lost their lives due to drug abuse and will help them in every possible way. The youth president said that it is a pilot project in the district and will be taken to other areas in the future. “The program has nothing to do with the politics but a social cause and asked the common people and other political parties to help the govt in implementing the policies and programs related to drug abuse started by Capt. Amarinder Singh.” Dhillon said.

Addressing the media, Dhillon said that since the formation of Congress govt. in Punjab, it was the utmost priority of chief minister Capt. Amarinder Singh to break the chain of drug trade being operated in the state. The govt starting from forming SIT under one if the most efficient officer Harpreet Singh Sidhu has taken all the necessary steps to curb the drug trade. He said that during last 10 years of Akali rule the drug trade was patronized by the Akali leaders that led to reach the synthetic drug network in every nook and corner of state. The Akalis have ruined the future of state for their benefits and lust for money. He repeated that under the leadership of Capt. Amarinder Singh no one involved in drug trade will be spared.

Dhillon said that different departments of the govt have launched many programs to shun the drug abuse that has harvested positive outcome in tackling the drug problem in the state. He said that DEPO and Buddy programs started by govt were a great success and helped students and youngsters to stay away from drugs. “More than 36 Lakh people were enrolled under Buddy program started by govt that helped govt to further form effective policies in this regard.” He said.

Asking Youth Congress leaders to get fully involved in the programs and policies of the govt, Dhillon said that it is the duty of Youth Congress representatives to reach the needy people and enroll them for the govt benefits. He said that the people who lost their lives due to the anti-people policies of Akalis were our own people and taking care of their families must be the prime priority of youth congress. He said that no govt till date has started comprehensive program like the present govt. to curb the drug problem and this will surely reap great results. He asked common people to take a lead and help Youth Congress representatives in the war against drugs.