Chandigarh
8 November 2020
DIVYA AZAD
National Delegate of All India Jatt Maha Sabha and State President Chandigarh and Director, Punjab Mandi Board Rajinder Singh Badheri has demanded from the Punjab Government to erect a Memorial of the great leader of Punjab Sardar Baldev Singh. Mr. Badheri said that Sardar Baldev Singh had made invaluable contribution in setting up Nankana Sahib Educational Trust, Guru Nanak Engineering College Ludhiana and many other educational institutions.
Mr. Badheri said that it was Sardar Baldev Singh who settled thousands of Sikhs and Punjabi families in Punjab during the partition of the country in 1947 by giving them free land. In addition, Khalsa School in Mumbai and about a dozen educational institutions were started in Districts of Ambala & Ropar. He was also instrumental in making Chandigarh the Capital of Punjab.
It may be mentioned here that Sardar Baldev Singh was the National President of the All India Jat Maha Sabha in 1946-47 at the time of Partition of the country. The Sabha was formed in 1906 for the welfare of the Jat community. Along with above mentioned demand Mr. Badheri also suggested that if the Punjab Government lacks funds then the Punjab Mandi Bhawan, located in Sector 65 Mohali of the Punjab Mandi Board, should be renamed as “Sardar Baldev Singh Punjab Mandi Bhawan” and there a life-size statue of Sardar Baldev Singh should be erected. The Chief Minister Capt. Amarinder Singh also has the Ministry of Agriculture and is the National President of the All India Jatt Maha Sabha; That is why the Jatt community is proud of him.

Workshop on Solid Waste Management organized in Girls Hostel No. 8,...

Valedictory Event of 7th Annual Management and IT Fest YUVCLIQUE 2019 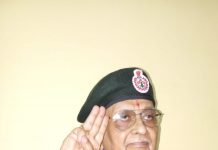 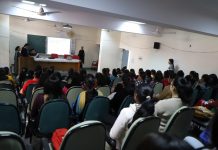 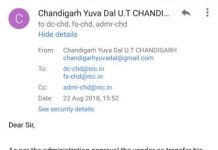 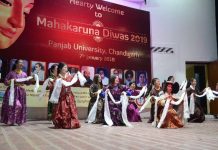