The meeting was attended by various executive members of PUCA. In the meeting various problems being faced by the unaided colleges and the developments made by PUCA to overcome those problems in the last year were highlighted.

Dr. Anshu Kataria while thanking all the founder members said that with the support of all PUCA has not only successfully completed its two years but it has competed with the other organizations in the interest of unaided colleges and students.

CA Manmohan Garg while speaking on the occasion said that in there history of 51 years of Punjab it is for the first time when 13 various educational associations have gathered on one platform, formed Joint Action Committee and jointly acted for the release of scholarship amount for SC students of Punjab. Over 16 States of the Country joined hands and formed All India Federation of Self Financing Technical Institutions (AIFSFTI) in interest of technical institutions of the Country. He congratulated Dr. Anshu Kataria for this achievement in his tenure. 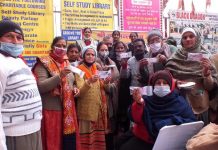 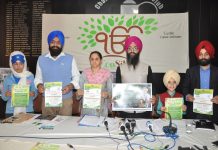 World Sikh Environment day to be celebrated on March 14 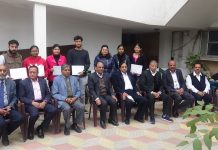 Pearl Academy Offers a Flying Start to Students’ Future with 100%...

Your Guide to ‘You Can Be A Successful Chartered Accountant’ by...