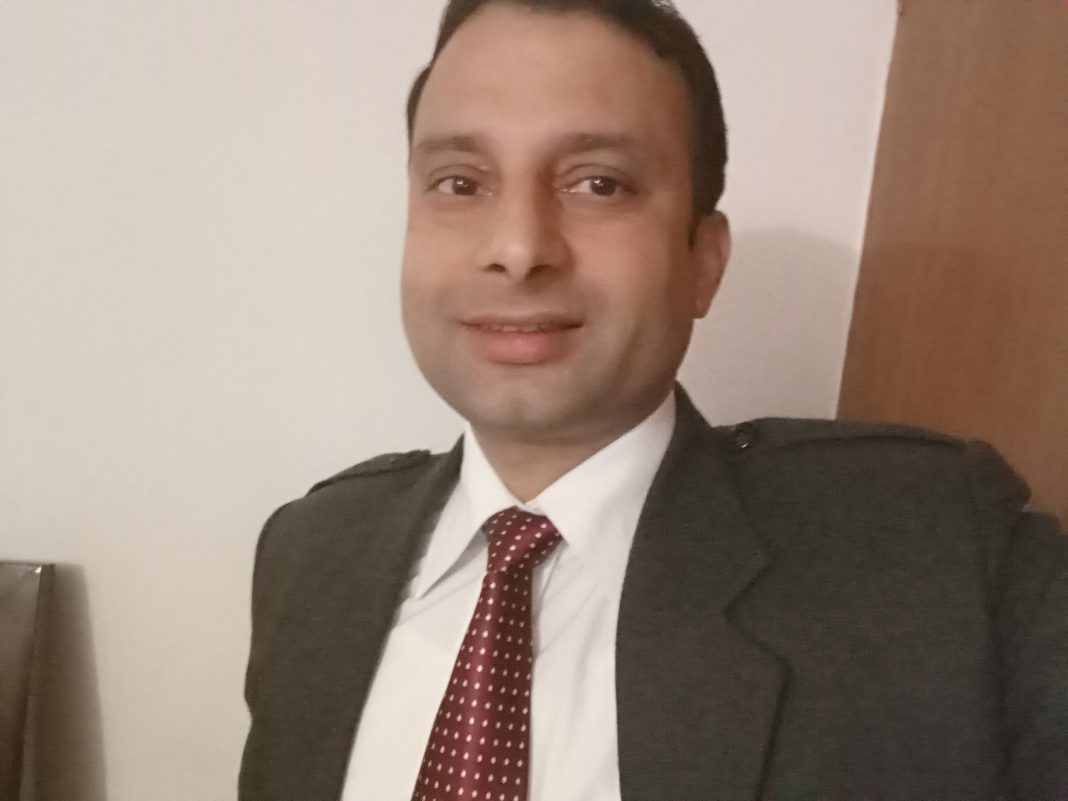 Panjab University’s Assistant Professor, Dr Vishal Sharma working in the Institute of
Forensic Science & Criminology, along with his Ph.D. scholar (Mr. Raj Kumar) has
developed a novel method to detect the forgeries where the criminals might have forged the document using writing ink to get benefit in his favour out of that. In this
method, the age of the written ink can be find out and the discrepancies in any written ink stroke could be dated out of the whole document could be pointed out. The reported study is having accuracy of ±10 days, which is not reported by any other group.

In the current study, UV–Visspectroscopy along with the Multiple Linear Regression (MLR) analysis is used for predict the dating of ink. All the ink samples were kept in similar environmental conditions. A method is developed for complete extraction of ink from the substrate. For this purpose, different solvents and extracting conditions have been optimized and used for dating purposes. In this study
the ink entries were aged for approx. nine months (267 Days) and then analyzed by using UV–Vis spectroscopy. Curve estimation and multiple regression analysis are used to build the models for ink dating.
The variables are selected by both via visual inspection as well as by using
PCA analysis. Along with these variables, the average value of the temperature of the
particular day has also been incorporated in the final analysis. The regression model
thus produces helps in the prediction of the dating of ink entry. Cross checking of
predicted model has been done by analysing the known dating writings. The standard errors have been minimized in case of MLR model significantly. The only limitation of this study is that the model is applicable for one type of blue ballpoint pen only and the entry should have an estimated time interval within one year. However the same method can be extended for any other kind of inks with longer duration of time as this
is a preliminary study in this direction.
This study has been accepted and published in the recent issue of Micro-chemical Journal, a reputed journal by Elsevier Science publisher, which publishes from Netherland.
A comparison of the current method and already reported methods has also been done in this published work. It was found that the reported studies don’t provide any method for estimating the absolute dating of the writing inks. Moreover, the current study uses the statistical methods for estimating the age of the document which is not reported previously by any groups as per the author’s knowledge. Again, the method provides more accurate results than the other methods. However, there are some conditions one should keep in mind while estimating the age of the document by the regression model proposed in the current research.
He further highlighted that more research is required in order to estimate the
absolute age of the document. This is the initial step for dating study from our group.
Future work recommended to include more variables like the effect of type of inks,
papers, humidity, different storage conditions, etc. for the multiple linear regression analysis. The study of the fading mechanism of dye with a combination of two or more analytical techniques enhances the accuracy of the model considerably.

Dr Sharma told us that the forensic document or questioned document is a discipline in Forensic Science, which deals with the examination of suspected documents. Therefore this discipline requires various areas of expertise to discriminate between the forged
and genuine documents. It is era of e-documents but still pen and paper based documents have a place in our life. It can be birth certificate of an individual, any bank checks, any legal documents, registries of land, certificates, answer sheets, document of bank loan,receipts, anonymous letters and any other piece of information on paper containing ink. The bulk use of ink and paper based records have always a tendency for document forgery in the society. Therefore, it becomes very important and necessary to
carry out precise identification of the suspected documents for their originality which could offer a lead to an investigating agency.
In his earlier recent studies, he devised a very simple and novel method to differentiate and characterize various types of writing/office/photocopying papers and
inks (which otherwise seem to be almost alike in different illumination conditions), on the basis of different spectroscopic techniques with discrimination approaching 100%.
This idea was submitted to Department of Science & Technology (DST), Government of India in the form of research project in June 2016 for getting funding to expedite the research on this idea and perform the study systematically to achieve more accurate and repeatable results of dating of a questioned/suspected document. Dr Sharma told that the proposal got accepted in March 2017 by DST and funded in the form of a major research project.

NATIONAL SEMINAR ON SOCIAL INCLUSION AND SOCIAL EQUALITY THROUGH EDUCATION