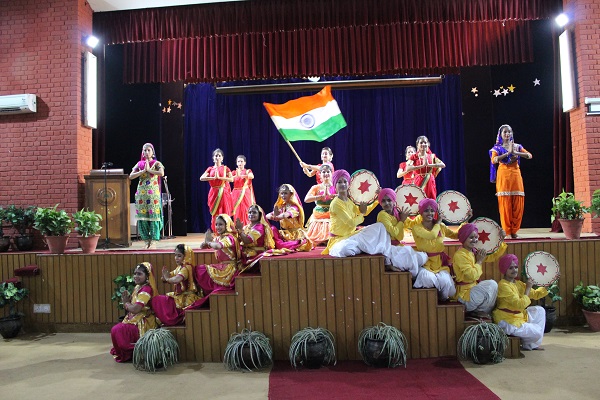 Students delivered speeches and traced the evolution of India’s strength in the post-independence era. Underlining the meaning of independence in today’s context, they stressed that youth should identify their role in the present scenario and contribute towards nation building. Rendition of patriotic songs by the students of Department of Music Vocal made the atmosphere nationalistic.

In her address Principal Prof. Anita Kaushal saluted the nation, freedom fighters and thousands of citizens who sacrificed their lives for the dawn of independence. She highlighted the advances made by the country in various walks of life. Progress is not the government’s responsibility alone rather the people’s cooperation, participation and contribution has an equal strength and weightage. She stressed the initiative of the college to empower the girls and shape them as agents of constructive change. Motivating the students, Prof. Kaushal emphasised that their enterprise and assertiveness can be a game-changer.