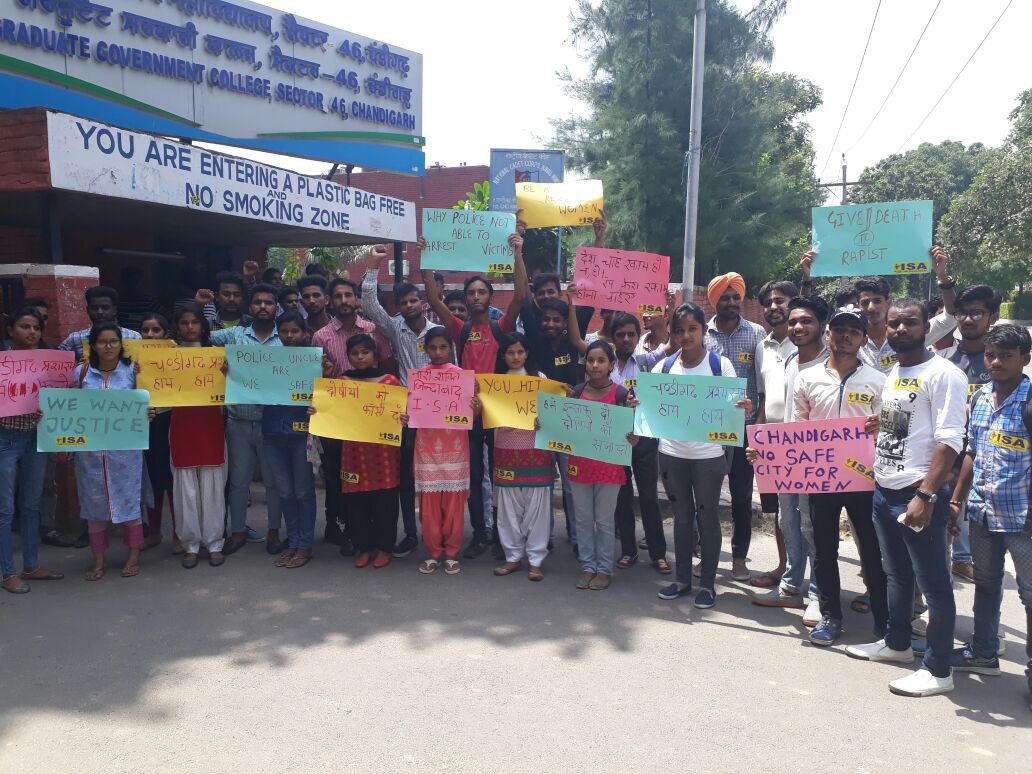 PGGC ISA 46 – Students in Chandigarh have protested against gender-based violence, and a culture that tolerates rape, by stopping traffic in front of Pggc-46 gate.

The demonstration on thursday organised by the Pggc-46 ISA to draw public attention to violence and crime experienced by students, not only at Chandigarh, but also at other state of India

Vimlesh Kumar the Student Leader said some sort of disruption was needed in order to remind society that violence against women and children should not be normalised.

She said the protest was also against the abductions and killings of young women, and about the safety of students generally.

“Rape culture and gender-based violence have become normalised. We are not shocked when we hear about it in the media.

But it is not normal, and we need to show society that this type of behaviour is abnormal,” said Sunil Rajput

Students are demanding better security and police visibility, as well as secure transport to the various taxi ranks.